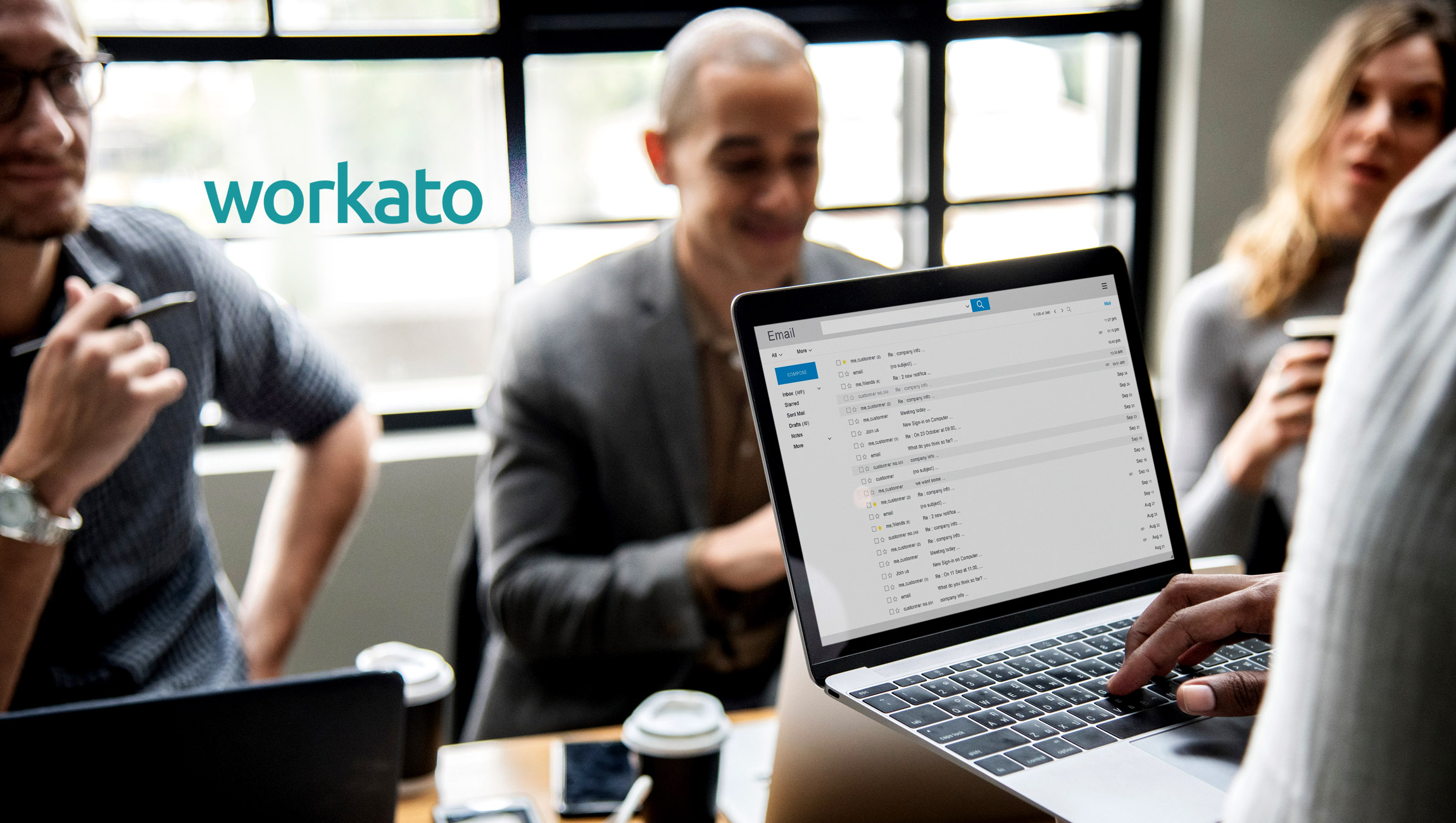 Workato, the leading Integration-led Automation platform, unveiled the line-up of keynotes and speakers for its inaugural Workato Automate conference. The three-day virtual event, taking place May 18th through May 21st, will be a global stage where industry leaders will be sharing how they are achieving automation at scale across IT and Business in this new era of automation.

“Workato Automate provides a unique opportunity to learn from the best about how they are using automation and how businesses can get the most value from their SaaS investments and teams,” said Vijay Tella, Founder and CEO of Workato. “Whether you’re implementing processes and systems in your organization or you’re in charge of expanding integration capabilities for your own product, our first conference will give real-world advice about how your business can work smarter by unlocking the power of automation.”

At Workato Automate, attendees will hear about the current and future state of automation in keynotes from Bob Myers, General Manager of the Golden State Warriors; Douglas Rousso, CIO of MGM Studios; Phil Fersht, Founder & CEO at HFS Research, and many others. Additionally, the event features dozens of learning sessions across 5 tracks geared towards IT, Business Technology, HR, Finance, Sales, Marketing and Revenue Operations, Product Embed for Product Managers, including:

Attendees will also have the opportunity to make connections with potential partners through a series of networking opportunities, educational workshops, hackathon events, and demos on software integrations and automations.

“Efficiency and productivity are always important, but right now they’re more critical than ever. Enterprises are operating in an uncertain business environment and many have smaller, more distributed teams. They need to simplify work and increase efficiency, and Workato Automate will bring to life exactly how they can do that,” said Gautham Viswanathan, Co-founder and CTO of Workato.

Americans Report 51% Increase in Monthly Impulse Spending, According to…

SalesTechStar Interview with Pouyan Salehi, CEO and Co-Founder of Scratchpad

Sales Technology and the Effect of AI