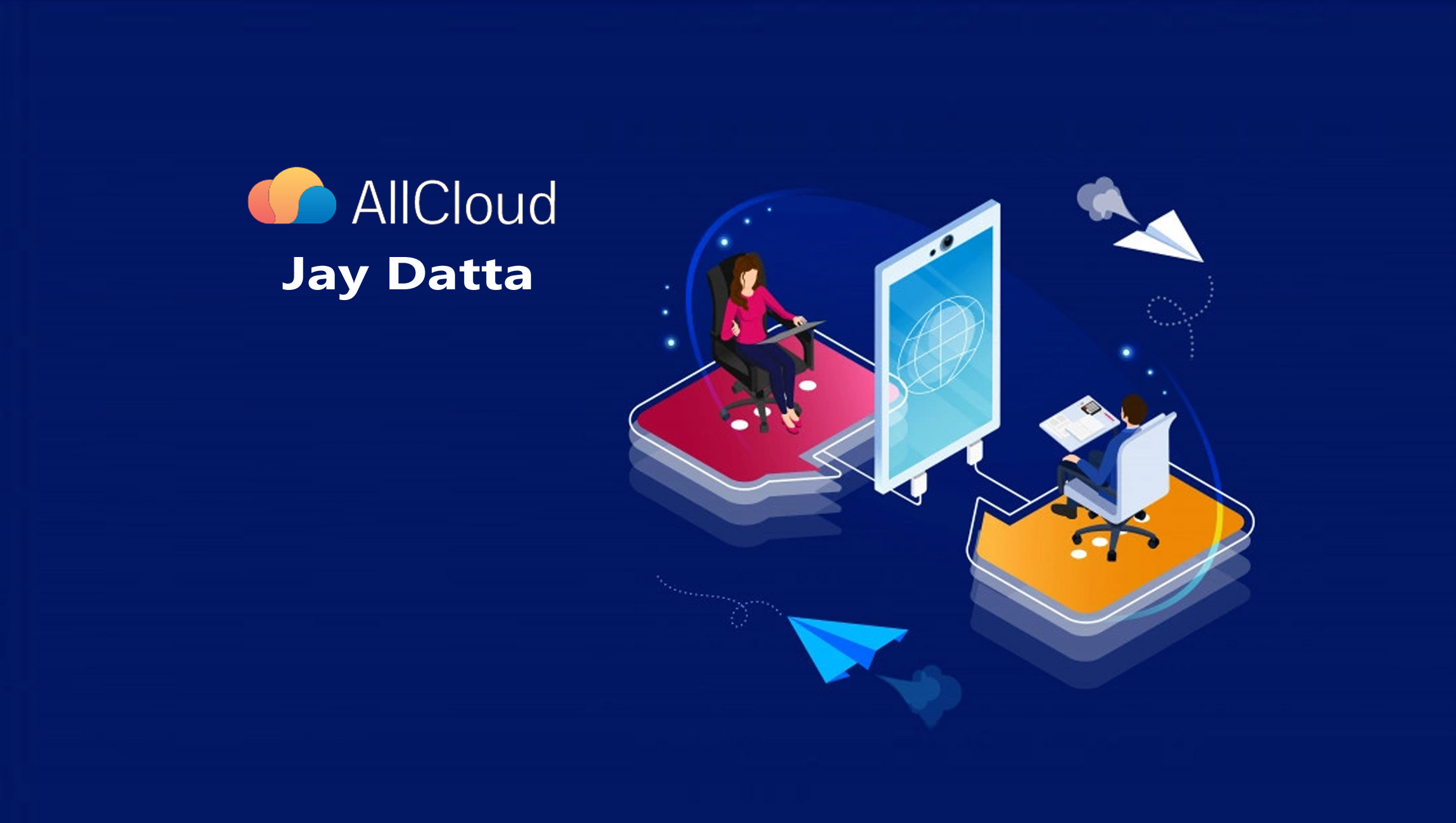 We’ve all heard horror stories from at least one person who had a bad experience with Salesforce. Usually, it goes something like this: They were sold on the vision of Salesforce and the team was super excited, so they spent a significant amount of time and money implementing a program. But fast forward six months, and nobody even logs in, making it all a complete waste.

Unfortunately, this type of situation happens more often than it should. In cases like these, the problem isn’t the technology or even the way it was configured — it’s poor user adoption.

Fortunately, this problem is easy to overcome with the right planning, which involves focusing on user adoption early on in the Salesforce implementation process.

Read More: Digital Leapfrogging: Is Your Online Business About To Get Jumped?

It’s far too common for organizations to focus their efforts on finding the right technology and setting it up, only to forget about user adoption. However, user adoption is equally as important as those first two efforts, since the absolute best solution configured in the best possible way won’t deliver any results if no one ever uses it.

Additionally, it’s important to focus on user adoption from day one, as doing so makes for a smoother overall implementation and helps increase the speed to ROI.

So how can you set yourself up to think about user adoption upfront as a key part of your implementation strategy? Here are the four best practices I’ve seen throughout years of leading Salesforce implementations:

1) Involve users from the start

When project teams identify which users to involve in the Salesforce implementation, they typically seek out the best “Subject Matter Experts.” These users are the keepers of the information required to build a successful product, so this choice makes sense. But there are other users that you want to involve as well to help promote adoption among their peers. Most notably, you want to identify a champion and a resistor and involve both so that you can pull people in from every spectrum of the organization.

A champion is an early adopter who is keen on the new technology, excited for the change and can influence others on the team. This individual will be the “go-to” person when others have questions, can suggest creative ways to make their job easier using Salesforce and will be vocal about their excitement, which is contagious.

A resistor is the opposite of a champion and no matter what, there’s always one in every group. You’ll see them in the training sessions in the back of the room, with their arms crossed and that look on their face that says “I’m not doing that.” But if you wait until a training session to identify them, it’s already too late. Instead, you want to involve them right at the start in the business process review sessions. Encourage them to voice their concerns and work together to resolve those issues. Ultimately, the more stake they have in the project, the more likely they are to stop resisting and use the new solution. Further, the earlier you involve them, the more “resistor-proof” the application will be, which will help mitigate the concerns of other resistors as well.

Next, it’s important to make sure that all of your users are excited about the new Salesforce solution, rather than just viewing it as a tool that they “have to use.” To achieve this goal, you need to define some obvious benefits for users by answering the “what’s in it for me?” question.

Start by identifying the day-to-day pains for users in the current setup. From there, you can outline how the new solution will resolve those pain points and deliver benefits instead. Doing so should help make it so users actually want to use Salesforce because they see how it will make it easier for them to do their jobs better, rather than feeling like they are being forced to use it.

Some of the top answers to the “what’s in it for me?” question that I’ve seen excite users and get them invested in the new solution include:

Streamlined processes: If sales reps are frustrated because it feels like it takes hours to create quotes and they spend more time on administrative tasks than they do selling, find breakdowns in those processes that you can then automate or streamline with Salesforce to save reps time so they can sell more (e.g. by introducing quote generation or automatically sending a closed-won opportunity to the billing system for invoicing).

Deeper customer insights: Put all of the information sales or service reps need right at their fingertips so they can find important answers faster, increase upsell and cross-sell opportunities and provide a better overall customer experience. This includes making it easy for sales reps to identify their top accounts and determine how much revenue they’re generating and allowing service reps to easily see how many support cases are open and view CSAT/survey responses.

Improved reporting: Many teams still go to their IT department and ask them to build reports, so the ability to build and run their own reports gets people excited. Salesforce offers this capability for all kinds of reports from commission tracking (so that sales reps can easily know where they stand and how much they’re going to get paid) to gamification (which shows a leaderboard and incentivizes users to track deals and log activities).

Reduce clicks and time: If you ask users to take tedious steps and require numerous clicks to get something done in the new solution, then you’ve probably already lost them. Fortunately, with the Salesforce Lightning experience, there are plenty of cool new ways to improve the user experience, for example by using the arsenal of UI/automation tools to make it easier than ever to perform common or repetitive tasks.

3) Conduct end user training — and the earlier, the better

After leading thousands of end user training sessions, I can tell almost immediately what the success of adoption may look like. Because of this, I now look much earlier and enable organizations to implement best practices that lead to high user adoption up front based on the trends I see in training sessions. As a result, the earlier you can conduct training to identify these trends and develop a plan accordingly, the better.

If users feel any sense of frustration while using the tool, they will resist doing so. Or worse yet, they’ll look for shortcuts and workarounds to avoid using it effectively. This situation makes it important to focus the right time and energy into training. Sending your users a 30 minute video to watch on their own time is a recipe for disaster. Instead, you should host a series of short, interactive training sessions with quizzes and walk-along sessions to retain their attention. As a rule of thumb, you should keep these sessions to one hour or less, because after that, nothing gets absorbed.

Perhaps most importantly, during these sessions you should emphasize the content that will make users’ jobs easier, since that’s the stuff that gets them excited and wanting to learn more.

4) Ensure adoption comes top down from the leadership team

Last but not least, it’s important to lead by example. Every Salesforce program is only as successful as users make it, which means it’s essential for each user to embrace it and make it a part of their day-to-day processes. This is most likely to happen when adoption comes from the top down, since the more reps see leaders using Salesforce, the more likely they are to accept it. Some of the best ways to lead by example include:

Leveraging Chatter: When sales leaders have a question about an opportunity, they should post it in Chatter. This behavior engages users and encourages responses in the application.

Performing pipeline reviews in the application: When performing weekly pipeline reviews, leaders should have the forecast tab, a list view or a report open on the screen. Additionally, they can adjust records on the fly if necessary and even post comments in Chatter during the review.

Even the best designed Salesforce program will not succeed if it doesn’t achieve high user adoption. As a result, it’s important to make user adoption a priority during your implementation by thinking about it early on and finding a partner who can advise on how to grow adoption based on best practices like those outlined here.

Jay Datta is a manager of solution engineering at AllCloud, a global professional services company providing organizations with the tools for cloud enablement and transformation.

SalesTechStar Interview with Todd Wooten, Founder and President of VRTCAL

What Sales Executives Need to Know About AI Contract Management

Brightcove, the Global and Industry-Defining Leader in…

Arctic Wolf Secures $200M in Series E Funding at a…