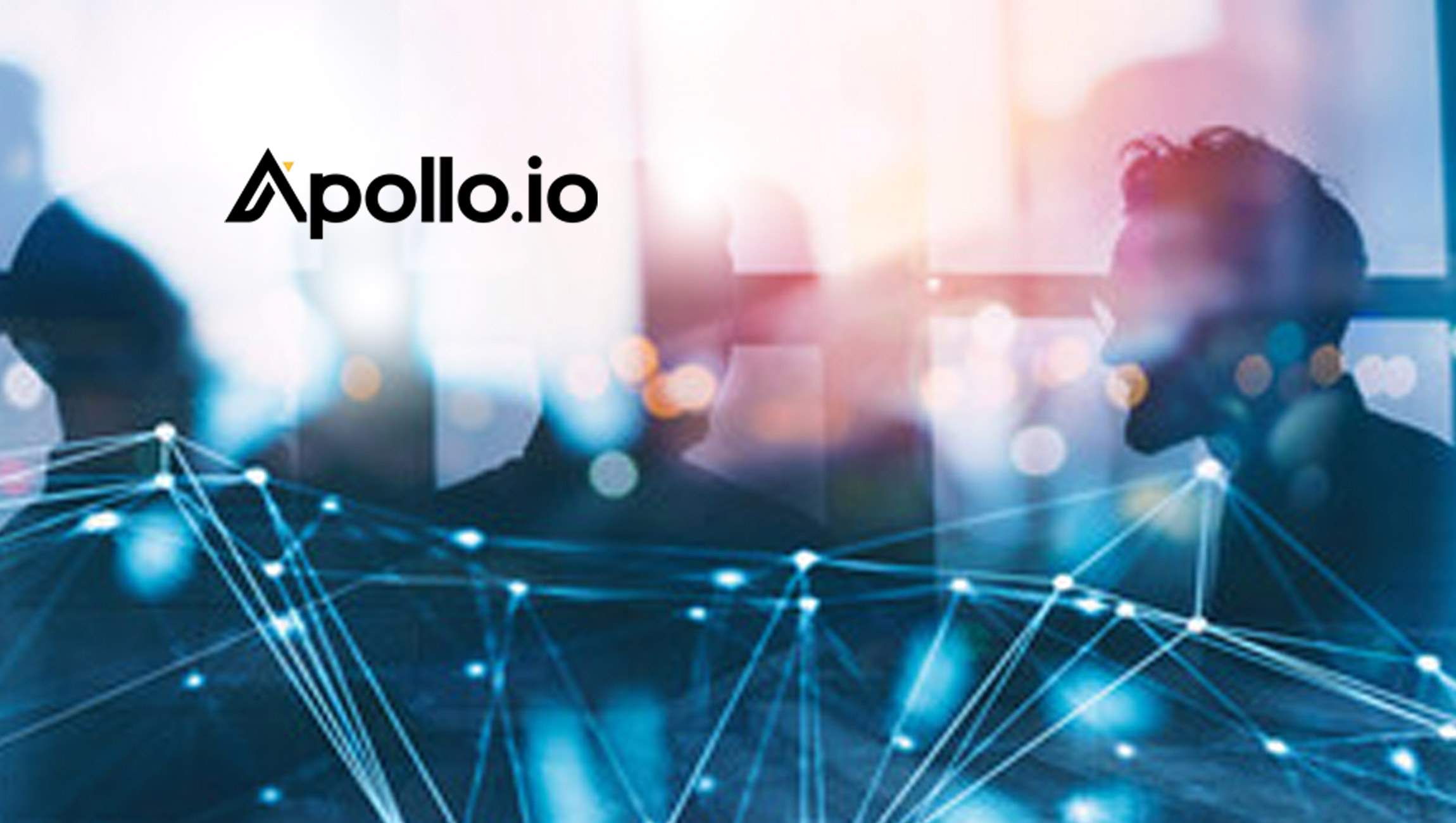 Apollo.io, the integrated B2B sales intelligence and engagement platform, announced three key additions to its senior management team in order to keep pace with the growing momentum of the business: Kim Walsh as SVP of Sales, Customer Success and Partnerships; David Bennion as VP of Sales and Siyan Ren as VP of Design.

“We are in a pivotal and exciting moment of growth for Apollo.io. Over the last fiscal year, we’ve hit milestone after milestone—beating our targets for revenue and growth in our paid customer base, on the heels of our recently closed Series C round of funding led by Sequoia,” said Tim Zheng, Co-founder and CEO, Apollo.io. “I am very excited about what’s ahead In the coming year. We will introduce new key features that will make our contact database even more intelligent and our go-to-market platform even easier to use, which will accelerate Apollo’s growth over the next 12 to 24 months. In preparation for that, we are leveling up our executive management team to deliver on the opportunity to scale as quickly as possible. We now have a seasoned team in place that will take Apollo through its next stage of rapid growth, and beyond.”

“We are in a pivotal and exciting moment of growth for Apollo.io, and now have a seasoned team in place that will take Apollo through its next stage of rapid growth, and beyond,” said Tim Zheng, Co-founder and CEO, Apollo.io.

In the past 12 months, Apollo.io has achieved a number of significant goals relating to growth and momentum:

Kim Walsh is a proven Go-To-Market (GTM) executive and advisor, having spearheaded growth and revenue for some of the SaaS industry’s most successful companies. Walsh is the former Global VP, GTM Partnerships at Hubspot, where she worked with a cross-functional team to grow the GTM partnership organization from $1-188 million by building a product and partner-led ecosystem community. In addition, she also built the upmarket team from 0-$55M in ARR in 4 years. While at Hubspot, she received the Global Excellence Award given to the individual who made an outstanding contribution to Hubspot’s global customers, employees, and the organization as a whole. She is a Limited Partner at Stage 2 Capital, a GTM fund that invests in companies and helps them to scale sustainable revenue and healthy ARR. Walsh is also an angel investor and startup advisor to a number of innovative technology startups, including Walnut, Mux, paradigm.io, and Abridge, among others.

Siyan Ren is an experienced design leader of brands, products and teams who has helped to create more than $8 billion for the organizations he has served. As Head of Design at Honey (now part of PayPal), Ren spearheaded design for a product that grew to 17 million users and $100 million in revenue. In addition to building a design system to connect product design and engineering, he cultivated a multi-disciplinary team and brought an element of design thinking to guide the company’s decision making. Prior to that, Ren held senior design positions at Dave.com, Autodesk, Bosch, BBDO, and various design consultancies Shanghai and Los Angeles.

David Bennion has a demonstrated history of success driving sales for global product-led technology companies. After starting his career more than a decade ago as a Business Analyst for Deloitte Consulting, Bennion shifted into sales at Dropbox, and was quickly promoted into a management role. From there, he went on to lead teams at Intercom across Sales and Sales Development before joining Asana to launch their Sales Development program and lead their New Business Team for the Americas. Bennion brings a people first leadership approach and combines that with a consultative, data-driven mindset to his current role in driving sales and new partnerships. He has an elite understanding of SaaS platforms and understands how to add value for customers.

Apollo recently earned a gold award from the 2022 Golden Bridge Awards in the category of “Best Sales & Marketing Intelligence Solution.” Apollo.io is also a top-ranked Sales Intelligence, Lead Intelligence, Marketing Account Intelligence and Sales Engagement solution on G2 Crowd. It ranked 3rd on G2’s prestigious 2022 Fastest Growing Products list, beating thousands of companies across the reviewer’s website, and is also listed as one of the Top 100 Software Products, with one of the highest satisfaction rankings of 4.8 out of 5 stars. With over 2,000 reviews, Apollo.io is ranked higher than competitive products on ease of use, quality of support and ease of setup.