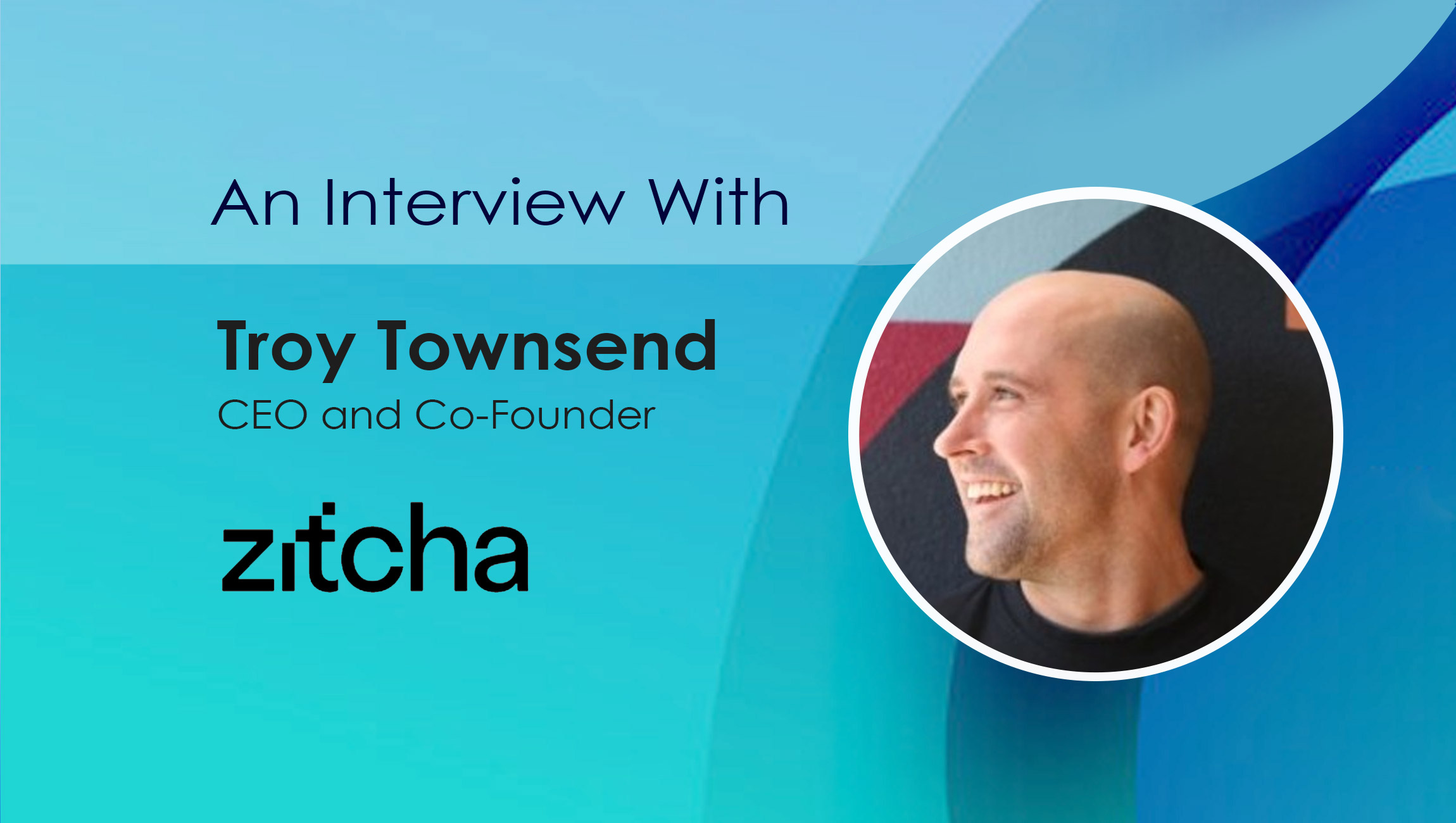 Troy Townsend, CEO and Co-Founder at Zitcha chats about the future of retail media in this short catch up:

Welcome to this SalesTechStar chat Troy, tell us about yourself and more about the story behind Zitcha…

I’m the co-Founder and CEO of retail media business Zitcha. I’m also the owner and Executive Director of digital advertising agency, The Pistol.

With more than 20 years of experience in media and technology working across the European, North American and Australasian markets, I love applying clever technology to streamline and automate media buying and advertising campaign deployment. My latest venture, Zitcha, into the retail media arena is one I can honestly say I am the most excited about – ever.

I have worked on campaigns for some of the world’s biggest brands including NAB, AOL, Kimberly-Clark, Unilever, The Home Depot, Microsoft, L’Oreal, Pepsi, Subway, Schweppes, American Express and Village Roadshow.

Zitcha was incubated in my other business, The Pistol. Jack Byrne and I have successful digital and media agencies in Australia (The Pistol and Hatched Media) and we had some of the same clients, retailers and brands in Australia and around the world who we knew could really gain high margin revenue with retail media. We knew that, given an opportunity of this size, the right focus was needed. And so Zitcha was formed as its own entity. Zitcha brings together the data and advertising inventory of retail brands turning them into publishers, while making shoppers happy as they’re being served with personalized ads. It’s what we call the win, win, win.

The proof is in our platform. Using Zitcha, our clients have reported a 55% increase in revenue in just the first six months. With more than 3x increase in campaign flow, the operational efficiencies are also substantial.

When it comes to retail media today, how can retailers drive better output/sales using enhanced in-store and other retail media capabilities?

Doing that on multiple platforms is very hard. If you’re creating different point solutions that have siloed reporting. A single platform such as Zitcha makes this so much easier.

With eCommerce adoption at an all-time high – further accelerated by the pandemic which saw 67% of consumers change the way they shop – retailers have had to rethink their physical store experience, and what this looks like in the end-to-end omnichannel shopping experience.

The key to maximizing the in-store experience is understanding how shopper behavior has changed and what customers expect in the post-pandemic landscape.

Now, shoppers expect immersive, experiential in-store and online shopping, and creative advertising solutions that personally connect them with a brand with little to no friction and in a format that makes sense to them. Like digital screens. The average attention span of a person is only eight seconds. As 24/7 connectivity continues to become the norm, it’s no surprise our bandwidth for uninterrupted focus is rapidly decreasing.

Which is another reason why digital screens are an effective advertising medium. Capable of delivering multiple ads with eye-catching visuals and messaging in just seconds, digital screens are more engaging than traditional in-store signage, with video proving to be the preferred advertising medium due to its ability to deliver relevant messaging that’s easily digestible.

Digital screens are also a great tool for entertaining people waiting for assistance. And in staff-reduced stores. They’re also more likely to drive impulsive spending, with 1 in 5 people reportedly making an unplanned purchase after seeing a product promoted digitally. In fact, digital signage has been found to increase brand awareness by 48% and foot traffic by 33%, with many shoppers preferring flexible omnichannel experiences like buying online and picking up or returning in-store, as well as trying on products in person.

Digital screens are a great solution for retailers with smaller physical spaces who need to make an impact without taking up too much real estate.

What are some of the trends here that you are seeing global brands use more of to create better buying journeys in-store?

Brick and mortar is still so important to the shopping journey. Brands are trying to get close to the customer to allow for switching and conversion. They’re specifically buying retail media in-store to do this. The critical trends we’re starting to see include a “Clean Store” policy, which means retailers are utilizing a lot more digital technology in the process of delivering messages to shoppers.

A lot more retailers are implementing digital instore screens and in-store radio to make this work – which it does. A lot of retailers are also starting to leverage digital ticketing; and systems to understand the flow of traffic in-store. They’ll have a really clear view of what transaction value happens at each point in time. You’ll then start to see performance measurement also moving in store such as CPM, cost per conversion and ROAS.

What are some of the biggest drawbacks that you often notice in retail media processes/campaign executions that you feel impact the end result?

In manual booking or when retailers are using multiple systems, there is too much back and forth between the retailers and their suppliers in terms of booking. This greatly impacts not only the speeds in which campaigns can go live, but also the number of campaigns that can be deployed. From the retailer having to go across several teams to check and negotiate availability, to the finer details of the campaign, it means an incredible waste of time and effort.

Lack of curation of retail media campaign executions can also impact the end result. The beauty of retail media is that it can use first party data and create curated experiences for shoppers. When the omnichannel experience is not properly considered, it means that shoppers get a less than personalized experience.

A few thoughts on the future of retail and the influence of retail media in driving growth?

The future of retail is what we have all been talking about for decades. The winners will be the retailers and brands that make the most of the personalization opportunities available. The data that has been collected by loyalty programs over time means that brands have intimate knowledge of consumers and it will be expected that they will use this in a way that delivers a better shopping experience.

Due to the high margins offered by retail media versus the core retail business, it could add 10 to 15% to a company’s EBIT. Source

And finally, some thoughts on a post-cookie retail media world?

It is an interesting one and one that is evolving fast. Everyone is talking about the here and now in and around cookie depreciation and what it will mean.

There will definitely be a critical look at those data aggregators that are now looking to move into first party data. Our partners have already been burned by large audience networks; they want to meet the media market while staying in control – and solid standards are a good start.

Strong standards are a core part of the ‘industry response’ to cookie deprecation. Advertisers need choice along with an intuitive buying experience.

Retail partners we’re working with know the risk of participating in large audience networks, which include a poor customer experience and low CPMs. Instead, these retail media publishers are designing the media products advertisers need, and customers love! Zitcha is helping retailers meet industry standards to maximize the value of their retail media network.

The standards we support include:

Moving into the post-cookie retail media world, it will be critical for retailers to understand the value of their data. While other players in the competitive set are switching from third-party to first-party pools, the mindset isn’t adapting to fit the new era. We’ve seen a lot of players selling off first-party data through agencies and other brands, focusing solely on how to monetize rather than considering what creates value in the long-term. We see this as, essentially, robbing Peter to pay Paul. Retailers would be smart not to sacrifice their long-term through this outdated perspective when they can do so much more by playing it smart, understanding and fully unlocking the potential value of their data.

Troy Townsend is CEO and Co-Founder at Zitcha.

Missed The Latest Episode of The SalesStar Podcast? Have a quick listen here!