By Lisa Agona, CMO and Member of the Board, TeamViewer 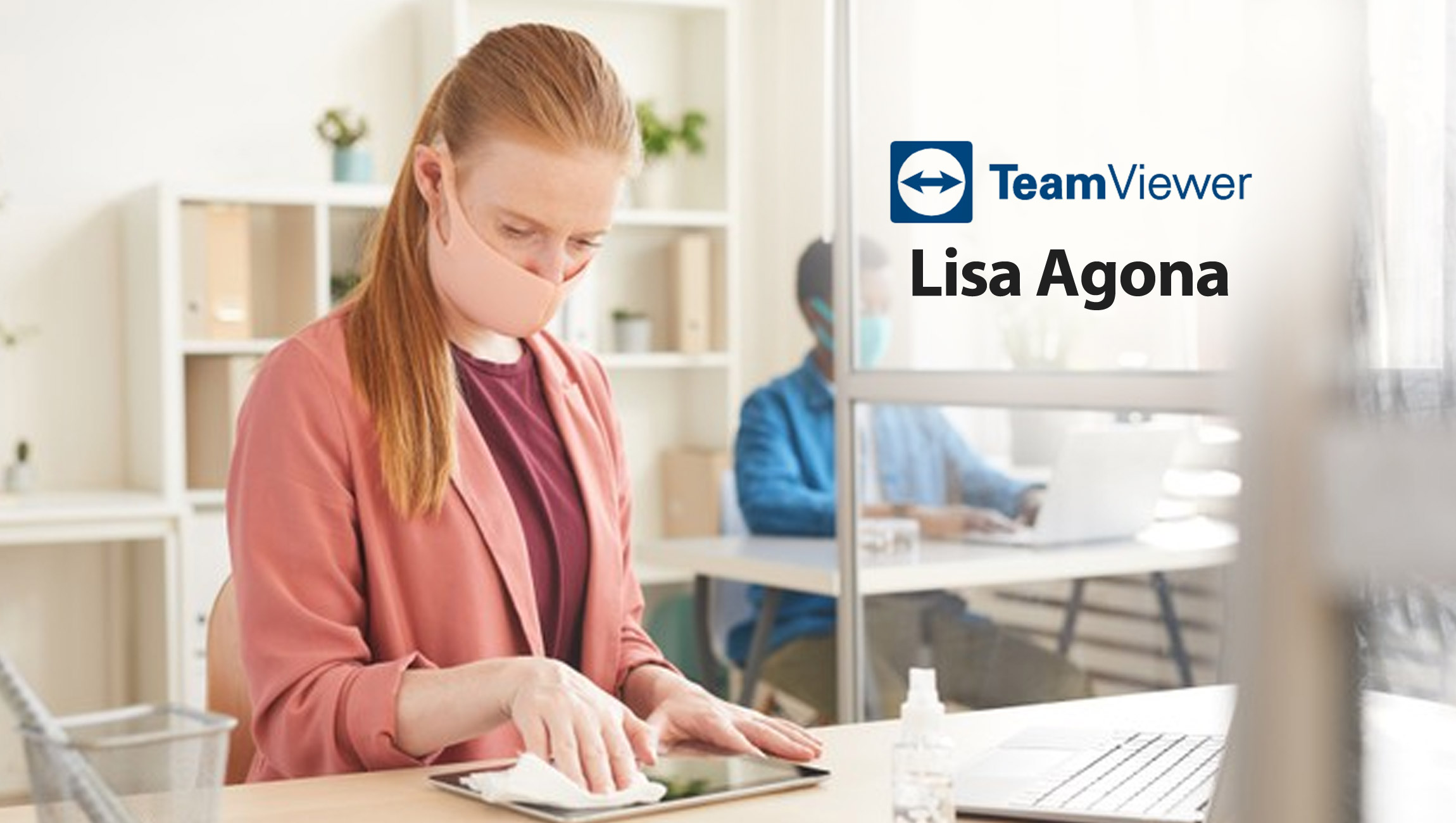 Early in May, Reed-Smith – a global law firm employing 1,500 attorneys worldwide – announced that September 7 is the day its U.S. offices will fully reopen following a lengthy pandemic-driven shutdown.  But, like so many other businesses, even once reopened, their offices may not look the way they did in 2019.  For example, desks may be more widely separated, plexiglass barriers may have been installed, touchless switches could have replaced traditional manual controls, there may be fewer cubicles.  And perhaps most importantly, there just won’t be as many people in the office as before.  That’s because, drawing on the experience from more than a year of operating remotely, the firm is rolling out a flexible new work policy.  It includes three new work configuration categories: Full-time office-based jobs; Hybrid jobs involving limited office presence; and Flexible jobs, which can be done remotely full-time.

That mixed work pattern is similar to what many other organizations are now implementing.  It is also consistent with the flexibility that many employees have long said they wanted.  As a result, and as a survey commissioned by TeamViewer in March confirmed2, nobody is in a rush to return to the ‘old normal,’ even when doing so becomes possible.  Remote employees are enjoying the freedom of managing their workdays to find time with other family members and take care of household chores as well as doing their company jobs.  And employers have found that employee productivity has actually gone up and remained that way, even after the novelty of working from home has worn off.  Although running video conferences that seamlessly connect employees from multiple locations had been challenging even before the pandemic made them ubiquitous, new tools and techniques for managing them are becoming available, and they’re improving all the time.

But sustaining hybrid arrangements on a permanent basis requires a corresponding shift in an organization’s policies, training, collaboration tools, technologies, and IT functions, as well as in its culture.  Remote management, cloud software enablement, distributed work security, and support for employee-provided equipment, are among the novel challenges facing companies that choose to rely on a largely remote workforce.  IT departments, which have historically focused on equipping data centers and supporting workstations dedicated to individual employees, are now needing to extend their hours, to support hot desks with occupants that change from day to day, and to think of their work as enabling employees to use technology rather than simply fixing things in response to helpdesk tickets.

In transitioning to a largely distributed workforce, company leaders will need to deal with the question of whether to outfit their remote employees with the same types of technology found in their corporate facilities, or to rely on the employees’ own computers, routers, phones, and other peripheral devices.  Standardizing equipment can be an advantage.  But even if they spend the money on provisioning their people with corporate-level equipment, the remote worker’s business communications will typically end up sharing the same internet connection that’s used for home entertainment, social activities, and personal business, with all of the security exposures and software licensing implications those uses imply.

Security, in fact, is the single most concerning factor in remote work arrangements.  Companies that made a sudden switch to work-from-home at the start of the pandemic may also have made abrupt security-related changes – changes that need to be reviewed to determine whether they are still appropriate for an open-ended remote workforce arrangement.  At the same time, care should be exercised to avoid overly restrictive firewalls and other security measures for home-based workers.  That’s because many of them would likely transfer their work onto personal equipment without having to work around inconvenient corporate security features.  Even VPNs, which are frequently used to secure data traffic, are poorly equipped for hybrid work environments in which their capacity would be stretched to handle both business data, personal traffic, and streaming entertainment by a home-based remote workforce.  One possible alternative to consider would be the use of zero-trust networking, together with privileged access management tools.

Helping employees secure their home routers, install anti-phishing tools, and deploy various forms of collaboration software, will be among the core responsibilities of IT personnel going forward.  More than that, the relationship between the organization’s technology teams and its business operations will need to become closer and more collaborative than ever.  But even if they don’t look the same, the offices of the future, as well as the company’s on-site and remote employees, will have the same mission they did before the pandemic ever hit.

Lisa is the CMO and Member of the Board, at TeamViewer

Benefits Of Automating Document Workflows And a Few Top Providers