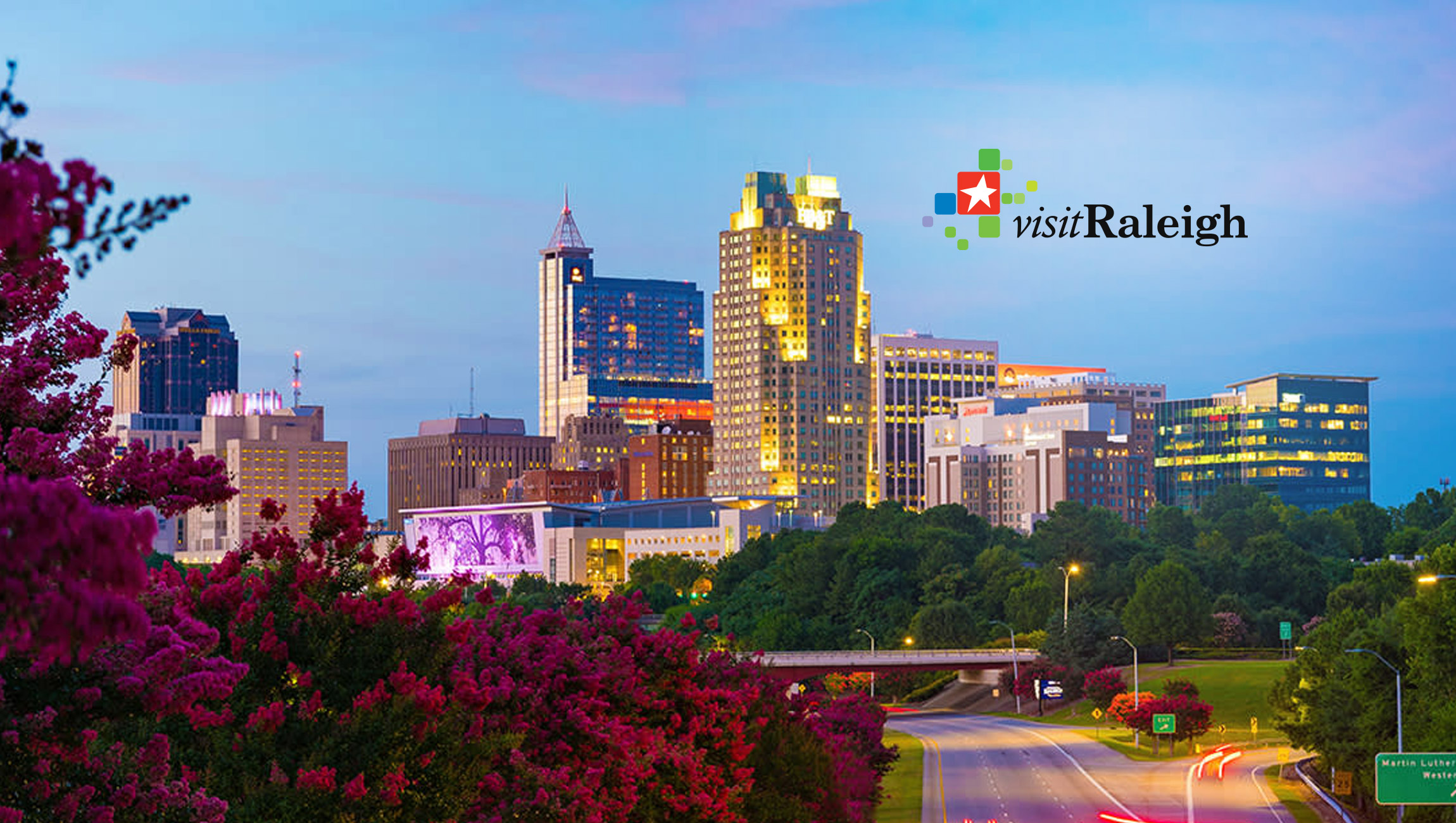 The Greater Raleigh Esports Local Organizing Committee – made up of the Greater Raleigh Convention and Visitors Bureau (Visit Raleigh), the Greater Raleigh Sports Alliance (GRSA) and media and esports agency Big Block – released a report detailing the success and impact of hosting the Six Major Raleigh last month. The inaugural event unlocked $1.45 million in direct economic impact for Greater Raleigh, generating over 1,000 job inquiries, attracting more than 2,600 daily attendees, with over 70% of them traveling from other states and countries. Additionally, the event was broadcast to a global audience on Twitch in 15+ languages, garnering more than 16 million livestream views and over 6 million total hours watched. 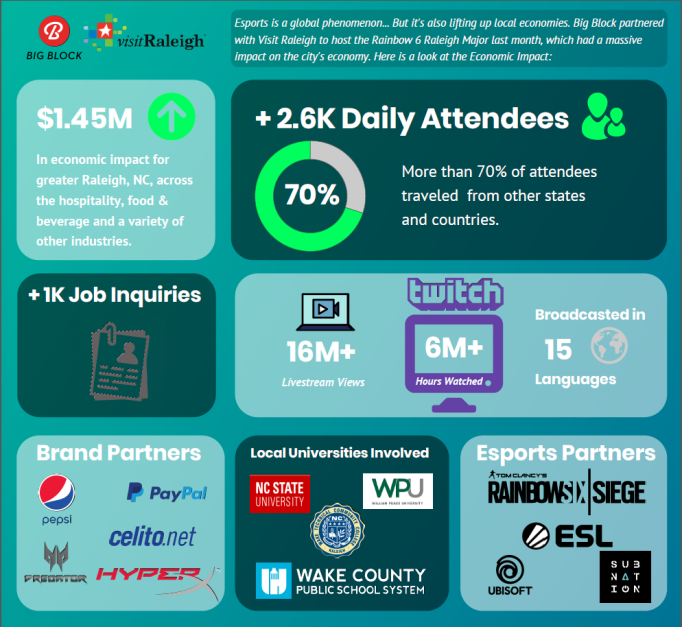 “As esports grows, we believe that Greater Raleigh can serve as a global hub for the whole industry. Our motto is Play. Watch. Make., which means that the Greater Raleigh community not only plays and watches esports, but we also make and design the software and technologies that help power the global esports industry,” said Loren Gold, Executive Vice President of the Greater Raleigh Convention and Visitors Bureau (Visit Raleigh). “With five major game publishers and companies like Lenovo, Red Hat and SAS in our community, we have both the high demand and modern capacity that global esports organizations are looking for in a host city. Combine this with our active local and regional gaming communities, plus game development curriculum at several of our educational institutions like NC State University, William Peace University, Wake Tech Community College and Wake County Public Schools, Greater Raleigh clearly becomes a genuine home for global esports.”

The Six Major Raleigh was produced by ESL for Ubisoft at the Raleigh Convention Center and featured a handful of Ubisoft global sponsors. Local brand supporters included Visit Raleigh, Pepsi and Celito.net. Big Block served as the city’s consultant throughout all stages of the engagement process, from regional awareness and facility readiness, to pre/post event and client management.

In addition, Big Block conducted a local Esports Summit to educate and engage local corporations and groups interested in supporting esports on a long-term basis. A diverse group of civic, sports, educational and business leaders attended and expressed strong interest in supporting the industry and growing a sustainable esports ecosystem for the Greater Raleigh area.

“Esports is not something that can be homegrown overnight,” said Ed Tomasi, Managing Director of esports at Big Block. “By leveraging our team’s 20 plus years of collective relationships, trust and experience in global esports production and brand management, Greater Raleigh has quickly been elevated on the global stage for having the facilities and ecosystem for hosting world-class esports events.

As a result of the partnership, a new Greater Raleigh Esports Local Organizing Committee (GRELOC) has recently been formed, and is currently chaired by the Visit Raleigh, GRSA and Big Block. The committee’s 3-5-year plan is to build the amount of hosted esports events to over five per year and garner local corporate brands and educational institutional partners to support a financially healthy and sustainable esports ecosystem for Greater Raleigh.

Big Block’s extensive work in traditional sports and media, paired with its content and experiential platform Subnation, has allowed the integration of brands like Marvel and Volkswagen into the esports world, and has perfectly positioned Big Block to lead forward-thinking brands into the world of competitive video gaming.

automotiveMastermind Integrates with DealerSocket to Improve Efficiency for…

automotiveMastermind Integrates with DealerSocket to…