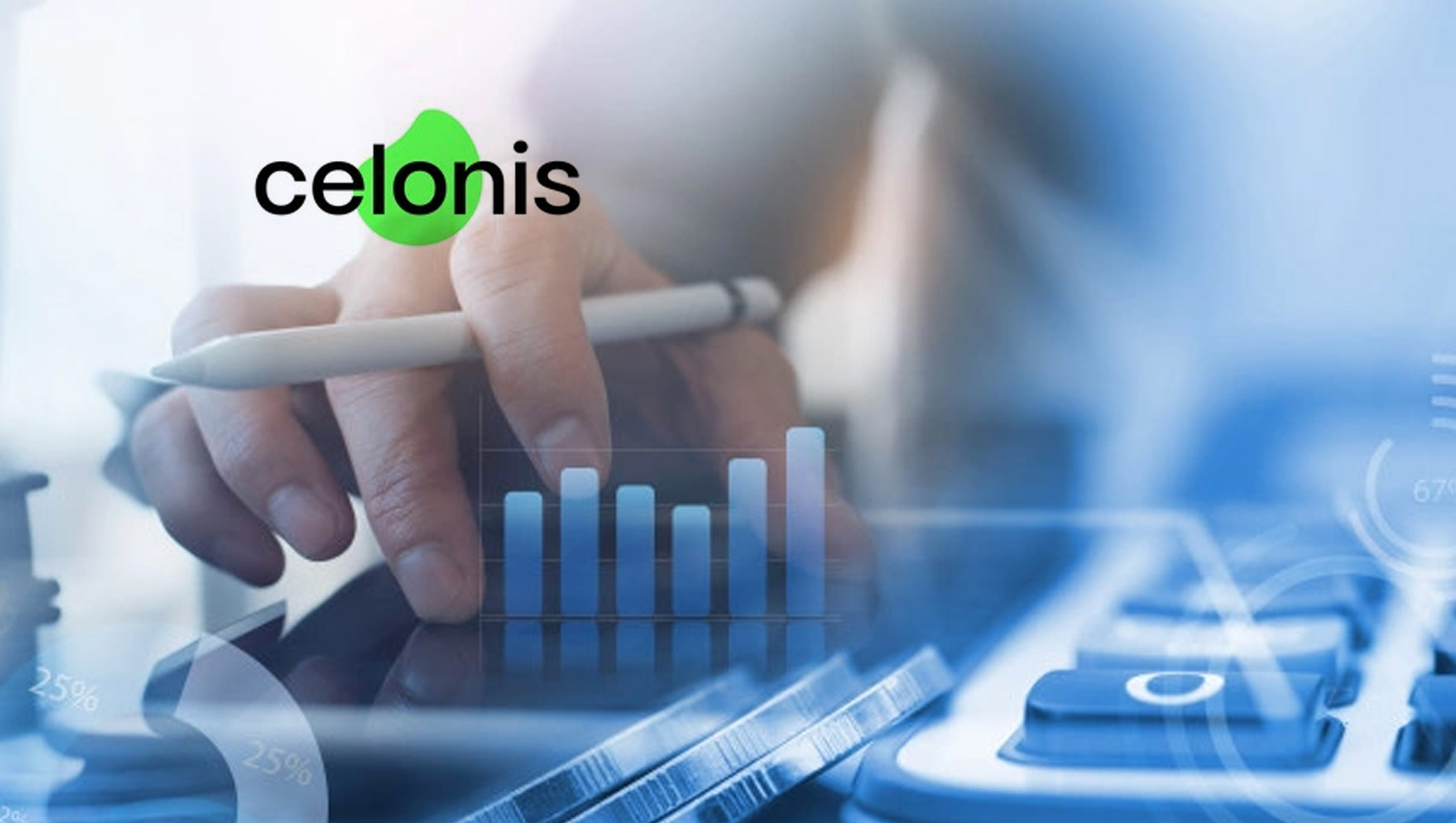 Celonis, the global leader in execution management, today announced a $1 billion Series D round, increasing its post-money valuation to more than $11 billion. In addition, Carlos Kirjner, a technology industry veteran and former top-ranked Wall Street analyst, joined as Chief Financial Officer from Google, where he led finance for its flagship advertising business and key product areas.

This round comes just six months after Celonis launched its groundbreaking new product, the Execution Management System (EMS), which provides companies a modern way to run their business processes entirely on data and intelligence. The new Celonis EMS addresses the fundamental limitations of running business processes across a complex set of aging and fragmented transaction systems, devices and edge applications, and triggered the creation of the execution management industry.

New Celonis investors Durable Capital Partners LP and T. Rowe Price Associates co-led the round, with participation from Franklin Templeton, Splunk Ventures and a group of principal investors. Also joining the round were existing investors including Arena Holdings.

“Celonis uniquely sits at the center of one of the biggest technology trends of our time — modernizing businesses with data-driven and intelligent execution,” said Henry Ellenbogen, the Managing Partner and Chief Investment Officer of Durable Capital Partners. “Celonis is a rare gem that has a massive market potential to create a new and modern way to run your business.”

“As companies grow, inefficiency creeps in and business execution becomes a struggle. Employees feel it, customers feel it, and it leads to significant financial losses and environmental impact,” said Alex Rinke, co-CEO and co-founder of Celonis. “We are thrilled and honored that the rise of execution management is defining a new software stack that helps customers reimagine how they execute. It is the biggest shift in software since cloud computing.”

“Business execution is what sets the leaders apart from the laggards,” said Carsten Thoma, co-founder of Hybris and Celonis board member. “No transformation can happen without fixing the processes that drive day-to-day execution. That’s why Celonis is in such a unique position to lead the execution management category.”

Celonis pioneered the process mining category 10 years ago when it first developed the ability to automatically X-ray process problems. Today Celonis is leveraging this foundation to pioneer the execution management industry and change business processes. Celonis is growing by triple digits year-over-year. Thousands of organizations have adopted Celonis including Fortune 500 companies such as Danaher, Dell, Kimberly-Clark, L’Oréal, and Pfizer. Celonis has more than 1,300 global employees and is headquartered in New York and Munich.

Carlos Kirjner joins Celonis as its new Chief Financial Officer to guide the company through its next stage of hyper growth. Kirjner most recently served as vice president of finance at Google, where he led finance for business and product areas generating about $150 billion annually in revenue and was responsible for tens of thousands of employees. He covered Google’s advertising business, including engineering and sales; Google Search; and Google Maps.

Before Google, Carlos worked at Sanford C. Bernstein & Co. as the No. 1-ranked equity research analyst covering the Internet sector, and he was one of the first analysts to call out the importance of the cloud. He started his career at McKinsey & Co. in the late 1990s, where he was a partner in the tech and telecom practices. Carlos holds a PhD in Electrical Engineering and Computer Sciences from the University of California at Berkeley.

As part of the executive management team, Kirjner will be responsible for the global finance organization and strategy.

“Carlos is a visionary business leader with a proven track record of spotting some of the biggest industry trends long before others and of operating in a fast-moving environment at scale,” said Bastian Nominacher, co-CEO and co-founder of Celonis. “He has the foresight and experience to drive our ambitious goals of being a category-defining company that is built for long-term growth and impact.”

The company’s growth and innovation have triggered clear momentum for the execution management category.

Thousands of customers are shifting their spending away from the legacy stack dominated by aging and rigid transaction systems to running their businesses with modern execution management systems. In the last six months, more than 40,000 business execution and process experts attended the Celonis Execution Management World Tour and Celosphere 2021, the industry’s first execution management conference.

At Celosphere, Celonis announced that customers were eliminating billions in corporate inefficiencies by modernizing process execution. Celonis also launched the breakthrough $10 Million Dollar Execution Capacity Challenge, where Celonis will either find $10 million in trapped capacity or donate $100,000 to a joint charity.

The entire business consulting and integration industry is quickly adopting Celonis as the standard of excellence for modernizing their customers’ business execution. In March 2021, IBM and Red Hat announced a strategic partnership with Celonis to transform business execution for their global customers.

In April 2021, Celonis announced its Execution Management Without Limits program that will enable more than one million business consultants to conduct customer engagement with Celonis process mining and execution management products. And in just six months, since launching the Celonis Studio, the execution management ecosystem has developed more than 80 execution applications and hundreds more are in development.

The most senior CEOs and successful business operators are aligning to help set new standards and best practices in applying data and intelligence to execution with Celonis. Celonis recently announced the formation of the Celonis Business Execution CEO Council with a legendary group of Fortune 500 business operators to support the Celonis business execution agenda.