By Andrei Faji, Director of Engagement Marketing at PandaDoc 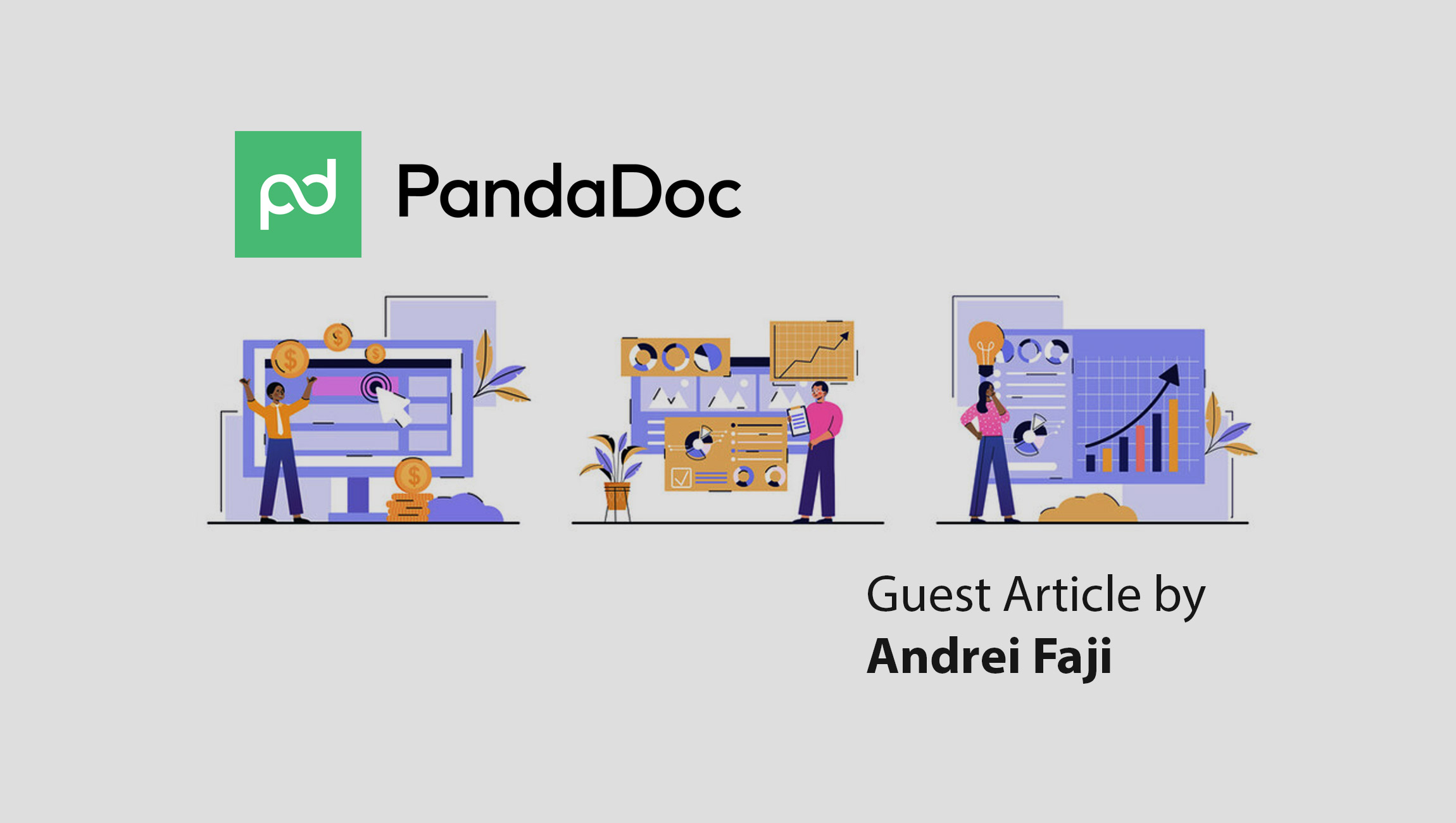 Streamlining the negotiation process is essential to winning a contract. Research shows that the longer a deal is in the sales process, the more likely you will lose it.

According to a Word Commerce & Contracting study, poor contract management – missing signatures or dates, wrong signatories, wrong versions of the contract and misfiled documents – may result in a company losing more than 9% of its revenue.

For Digital Brew, a video production and animation studio, contract negotiations begin with the proposal it creates. Established in 2011, the studio produces marketing content for brands such as Cisco, 3M and HubSpot. Digital Brew’s Michael Cardwell, founder, and his business development team, wanted to modernize their contract negotiations and proposal development process. They wanted to create proposals that showed more than just pricing and were highly visual and engaging and better reflected the studio’s capabilities. Digital Brew operates in a highly competitive environment and must seize every opportunity to stand out from the competition; a standard, static black-and-white proposal doesn’t fulfill that need.

Equally stressful was the preparation and follow-through required for each proposal. Every project is customized to the client’s brand, meaning that the proposal preparation is also customized. For example, it took Cardwell several hours to build each personalized proposal using Adobe InDesign.

Once the proposal was finished and sent to the client, the Digital Brew team played the dreaded sales cycle waiting game. Sometimes, it would take weeks for the client to respond. Proposals couldn’t be tracked once sent to clients, adding additional concern to the process. Meanwhile, clients found the editing and signing process cumbersome. In short, the process was outdated and inefficient.

PandaDoc’s Contract Negotiations function provided Digital Brew with the exact solution it required. Digital Brew can create, send, negotiate, eSign and store contracts within the platform. The collaborative workflow allows Digital Brew, its prospects and clients to view, comment on and accept changes to the agreement. The centralized process, coupled with full transparency for all participants, gives Cardwell and Gill the streamlined negotiations they need.

The different parties have access to suggest, discuss and view all edits, public comments and other changes – ensuring transparency on who has made the changes and when. Corrections are applied to the document before stakeholders sign the finalized version. Digital Brew can also quickly jump to previous versions of contracts, so if a client wants to revert to an older version, it can do so within the application.

PandaDoc alerts Digital Brew when a prospect opens a proposal sent via email. Cardwell and his team can see how much time the client spends looking at the proposal, how often they open the document and what they view. That information lets Digital Brew determine the level of interest and when to follow up.

The contract negotiations platform makes it easy for Digital Brew to include storyboards, scripts and video samples in its proposals, quickly personalize proposals to the client’s needs, and integrate with its CRM – Pipedrive. Digital Brew’s proposals are marketing tools in their own right.

Contract Negotiations in PandaDoc has changed the way Digital Brew sells its services. The platform expanded the proposal’s relevance to the sales process, with initial sales conversations operating at a deeper level. The sales process is now much more engaging, with most of the potential client’s questions answered in the initial discussion. Videos are shown right on their sales calls.

Also, the sales cycle has diminished dramatically, with deals closing much faster, so much so that there are occasional one-call closes. Proposals can be generated in minutes using templated documents instead of the several hours they took with InDesign.

Digital Brew has been using PandaDoc’s contract negotiations platform since 2016. The results show the platform’s importance to Digital Brew’s business outcomes: conversion rates have increased by 20%, sales staff are saving a total of 10 hours per week and there is a 300% increase in client engagement.

Proposals and contracts are not typically considered sales and marketing tools. Implementing a contract negotiations process that provides a streamlined, effortless and transparent experience for clients demonstrates the type of partner your company would be. Add to that a proposal that shows your work and wows the client, and you’ve got an extremely effective marketing tool that can help drive customer engagement and conversion rates.

Andrei Faji is Director of Engagement Marketing at PandaDoc