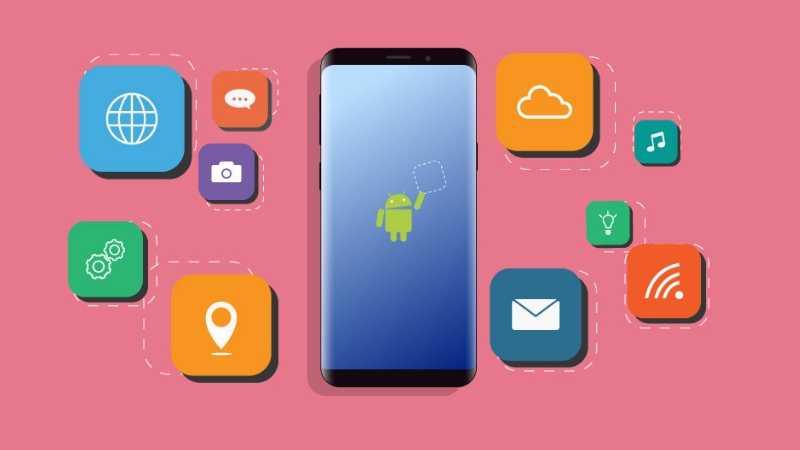 Like us, there are many people who have a curiosity in their mind how a free app can receive such a high value in the market. We all simply download it from Google Play and App Store. Actually, it is the trick of the mobile app development company to make money from the app in other ways.

Nowadays people are showing their interest in the Web Series. Thus, different online apps like Netflix, Showbox, Crackle, and others have been introduced. But for this, you have to pay a monthly subscription fee.

Recommended: How to Leverage Relationships Through CRM

In contrast to movies, Web Series are far shorter and engaging. We also order Fast Foods and snacks from a long distance popular restaurant and café to enjoy at home.

According to Statista, it has been shown that the apps which provide the services at minimal or free of cost are the leading gross today in the world.

App revenue statistics reveal that in the last year almost 3.8 million mobile apps have been downloaded from Google Play, and App Store. If it continues like this, it is expected that the total revenue of the mobile apps will exceed $190 billion within 2020.

Now, 10% of smartphone users are willing to pay for an application or subscription or enjoying uninterrupted entertainment. But they invest only for such applications which are unique in its functionality, performance, and quality. This makes a 98% profit of designing and introducing the application.

There are many other factors as well like app monetization and Augmented-reality Apps For Android rewarded videos which are important for continuous earning of the app. In this article, we will let you know about the most successful app categories. So, let’s get started.

Advertisement always has a great impact on our lives. Thus, mobile apps developers are designing a mobile app with lots of ads. This is helpful in receiving money on per display, per install, per click and per impression. There are 5 ad variants which can be utilized in mobile apps. They are banner, video, interstitial, native and incentivized. The descriptions given below will clarify how these have become earning apps:

We all wish to get rid of unusual advertisements which interrupt our game and entertainment. But, the reward is the attracting thing for us, right? Therefore, such ads become the first choice for developers with some pop-up actions like poll filling or content sharing. It increases app loyalty along with in-app sponsorship and currencies.

It is the full-screen ad which pop-up for a specific time. It is specifically displayed during the opening and closing of the app. It offers only two tabs to the user- one for closing and another is for checking. Clicking on both of these tabs add some earning value to its revenue.

It will denote exactly how much money do apps make per ad because it is the only ad which is integrated with the app. It is sponsored with some special videos and contents for any particular product or brand. As it will get popularized, the monetization model of the app will automatically increase.

It is the most interesting among others.  Though it starts automatically but has a manual pause. If any user watches it till its end, some reward points will be provided to the user and will add some monetary points to its developers.

It is specifically designed so that the user can enjoy any mobile app seamlessly. It is placed on the bottom or top of the Smartphone screen. Though, it is less intrusive still clicking on this will be a profit for the developers.

It is specifically designed so that the user can enjoy any mobile app seamlessly. It is placed on the bottom or top of the Smartphone screen. Though, it is less intrusive still clicking on this will be a profit for the developers.

It is somehow similar to the advertisement of in-app for monetizing the app.  It is one of the top app categories by revenue which is helpful for making money through apps. It is even considered as the affiliate marketing in which the informational contents of any affiliate company are placed in specific mobile apps. The profit from this category is completely depended upon the number of installs and clicks it received. Basically, you can earn money via CPA (Cost-per-Action).

Mobile games apps are the best legit money making apps because it has been designed with this specification. Rather offering any subscription charge, they offer the sale of physical or virtual items. These are all loaded with the opening of new content of the app, block ads, and additional bonuses. Performing any action completely means helping the app owner to get a commission for it.

It is the most common model used by the developer to make a way of earning money from the app. It is one of the most popular app categories android which is trendiest! The revenue stream has been classified according to the specific time period for the year- annual, monthly and weekly.

You may have been familiar with this model for using any cloud services provider for video and audio. Consumers receive accessibility while on the other hand, the owner gets money!

It is the most booming industry where physical items are being sold and bought. E-commerce is only helpful for consumers, and this statement confuses you, right? You might have thought about how to make money from mobile apps for shopping like Amazon. All of the logistics including selling, buying, and delivery are incorporating the owner to make a profit from it. You get some discounts, rewards, and cash back and they also earn some profit on each processing. It’s so simple.

According to the statista app, this new-comer will rock the trend of app monetizing with its fairways. It is still developing its innovative way so that it can be unique and easily stand out from its crowd. The main motto of it is to monetizing any app at free of cost.

It is the most profitable strategy for any industry. You can say “The Traditional Technique” which assists you in collecting data and sharing corresponding materials for marketing. This was one of the most popular app categories 2018 which is extremely helpful during app notification of news, rewards and new features.

Hope, now you have understood that app is not free at all. They are a way to earn some digital money or cryptocurrencies. But mobile apps company is still focused to make the people’s job easier to bring a completely new world of digitalization not only to make money.

Manan Ghadawala is the founder of 21Twelve Interactive which is one of the best mobile app development company in India and the USA. He is an idealistic leader with a lively management style and thrives raising the company’s growth with his talents. He is an astounding business professional with astonishing knowledge and applies artful tactics to reach those imaginary skies for his clients. Follow him on @twitter

A Few Best Practices for Turning Leads into Customers

Ten Tips To Ramp Up Your Sales Game

How to Create Urgency on Your Sales Team

The Upside to Reductions: Content Strategies for the Digital Age