The Evolution of SaaS Based Point of Sales Solutions 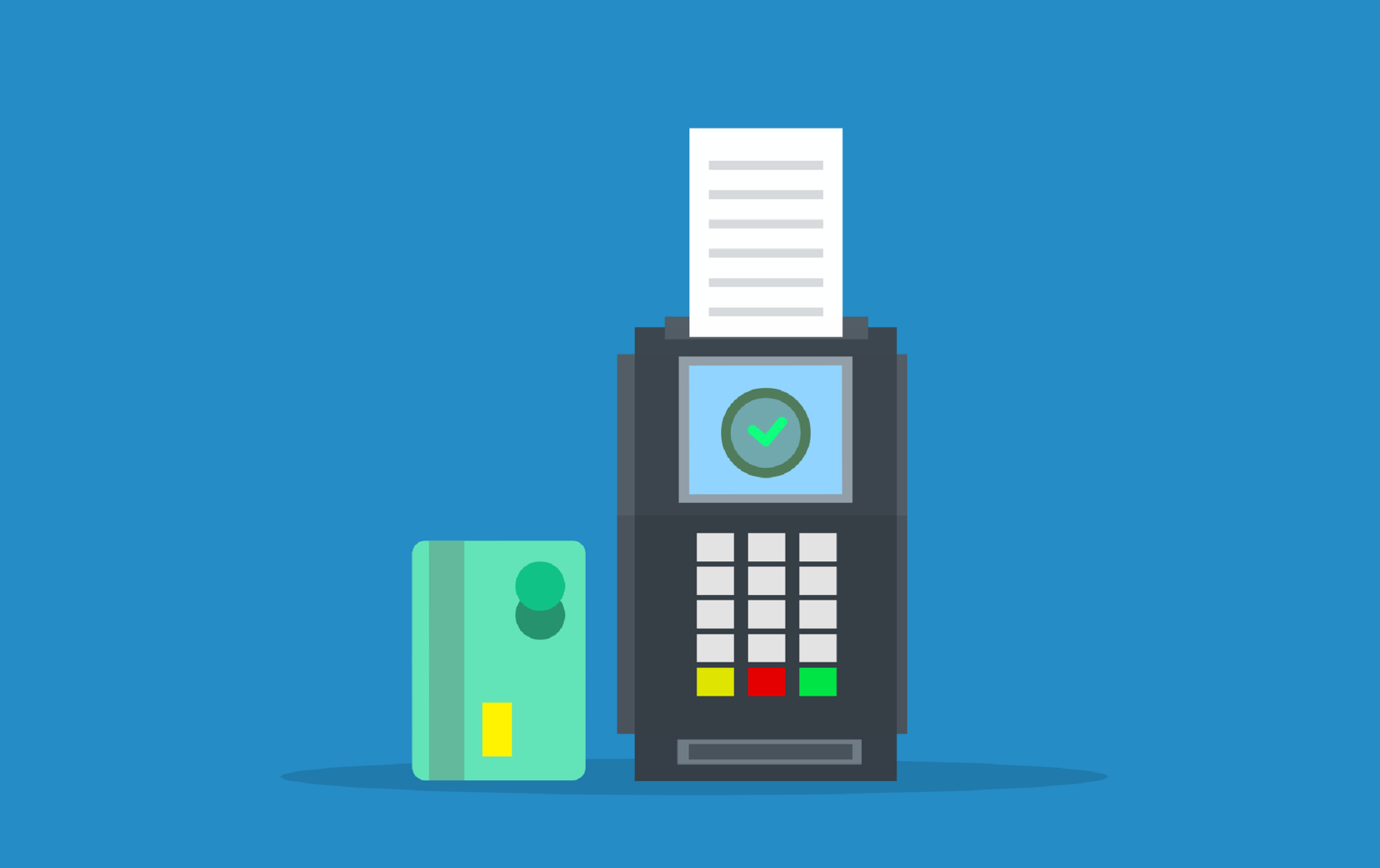 Software as a Service (SaaS) is a business model where clients can choose a subscription-based plan online after purchasing licensed software to help serve a need. For many sectors who desire to create their own products delivered through this approach, SaaS is an economical choice. For instance, the restaurant industry is struggling to cope with issues including personnel hire, delivery services, inflation, and addressing customer satisfaction. Restaurants that have changed their old POS systems to new SaaS based POS systems are handling some of these problems better.

Legacy point of sale (POS) systems have traditionally been the standard for many brick and mortar businesses. On-site computers and large service providers’ local servers store data, including inventory and transaction records.

Internet platforms or software as a service (SaaS) point of sale (POS) systems are growing in popularity as a result of a change in consumer behavior brought on by online shopping and the COVID-19 pandemic.

Traditional POS systems and cloud-based SaaS have capabilities that are similar with a few minor variances.

What are SaaS based POS Systems?

In the business model known as “software as a service,” companies subscribe license software to clients. You access software on the internet rather than installing and maintaining it yourself.

While a SaaS POS system offers a distinct user experience, it nonetheless performs all the functions of a legacy POS system online. They offer better access to important data from any location with an internet connection, the system is nimble, and helps reduce human error.

Having access to your POS data from anywhere is helpful, but you are dependent on the internet. You could be better suited using a hybrid solution that employs a local database but also has cloud capabilities due to stability and service interruption issues. Legacy POS systems are enhanced by cloud POS systems rather than them being replaced by them.

For both businesses and customers, the advantages of using cloud POS and SaaS are obvious:

A hybrid system may combine the greatest features of both legacy and cloud POS. The back office of your program can be accessed at anytime, anywhere, if you have a hybrid solution with cloud capabilities. As the data is saved on your central system, it can be accessed by your employees from anywhere.

Evolution of SaaS based POS solutions

POS systems saw many key developments that are comparable to other types of technology in that they offer a straightforward, efficient, and mobile solution.

Cash registers are a relic of the past that have been replaced by digital advancements, which have changed how individuals send and receive payments. Owners of businesses can now concentrate on having excellent control and flexibility. Similar to that, the era of archaic systems and fixed credit card leaders is also over.

Because of technology, cash registers have transformed from simple to complicated control modules, and POS systems have also evolved. Nevertheless, in many locations and large franchises, POS systems are crucial. A good POS can be the best asset for the restaurant industry and works like a team of specialists working behind the scenes to ensure that everything is carried out quickly and efficiently at the time of sale or payment. With the modifications, the formerly basic POS systems can now keep track of sales, inventory, cash flow, and much more.

How did all this start?

The development of an exact system for transactional purposes has always been a concern for retailers. POS systems have existed since at least the late 1800s. Local businessman James Ritty of Dayton, Ohio, first created the system. Ritty was fascinated by a mechanical gadget on his steamboat’s propeller that counted the amount of rotations for maintenance on his voyages to Europe. He and his brother developed the concept of documenting monetary transactions at their saloon once they got back to Dayton.

This led to the creation of a mechanical tool that could monitor cash transfers and stop employee theft. After some time, the two brothers established a factory to produce the contemporary cash register.

In the 1970s, computer-driven cash registers were invented:

Cash drawers or cash registers were created by James Ritty and have undergone numerous improvements over time. For instance, an important development was the addition of paper records of the day’s transactions. The first computer-driven cash registers, known as the mainframe, were developed by IBM in the early 1970s, which marked the beginning of the major evolution of the cash register.

The first setup was simple, comprising of “dumb” terminals wired to a mainframe “controller” that performed all processing. The terminals introduced screen-based cash register systems, but they lacked independent processing power.

Peer-to-peer communications and client-server technology were first used commercially using this system. A simultaneous backup and remote initialization method was used through a LAN (Local Area Network). Pathmark Stores in New Jersey and Dillard’s Department Stores had the system installed by the middle of 1974. Following IBM’s release of the electronic cash register (ECR), manufacturing firms in Asia began utilizing micro processing technology to expand the range of goods accessible. The early ECR’s functionality was however still rather constrained. It was a straightforward inventory product that could identify top-selling items and create a summary report. Businesses striving for further innovations in POS solution delivery cited this limited capability as a top issue.

The initial point of sale developed throughout the 1990s

The late 1980s and early 1990s saw many technological developments. The creation and introduction of standalone credit card devices represented the main advancement. Credit card transactions were made simple and secure by this integration. The first point of sale software was developed by Martin Goodwin and Bob Henry in 1992, which was a significant technological advance.

The point-of-sale program, known as IT Retail, could function on the Microsoft Windows operating system. The point of sale technology kept evolving steadily as the software gained popularity and became widely accessible.

POS systems with high functionality and a modern user interface may be run on Windows and Apple computers during the Silicon Valley boom. Gene Moshel, a restaurant owner from New York, used this technology to develop the first deli system. His approach quickly served as the foundation for PS systems in the years that followed. Later, as technology advanced, new elements were added to the Moshel to improve its design. Graphic components and the use of touch screens were the most important characteristics.

Modern point-of-sale systems from the 2000s

In the 2000s, retail POS systems developed to become the most advanced, potent, and intuitive computer networks in commercial use. The new point-of-sale systems were capable of more than just the standard point-of-sale duties.

With the rise of software companies, the POS was now combined with functions including payroll modules, inventory monitoring and management, customer relationship management (CRM), service management, and financial reports. Throughout this time, a number of other solutions have been developed to function on various hardware platforms and operating systems (OS).

The electronic point of sale has become the new norm now and restaurant owners do not depend upon longer bulky metal drawers to manage the restaurant operations. They enjoy a huge variety of modules now which are from traditional consoles to thin and sleek mobile phone devices which improves customer experience.

The use of an electronic point of sale is becoming common. Restaurant operators no longer manage their restaurant operations using longer, heavier metal drawers. They now have access to a wide range of modules, from classic consoles to svelte mobile phones that improve user experiences. With the aid of a unified dashboard, restaurant owners now have quick and easy access to their management tools. They no longer struggle to run reports across numerous platforms.

Having strong data at their fingertips is now possible for small business owners. In addition, since it is simpler to manage every area of the restaurant and take orders, the modifications and advantages of POS systems have made life simpler. Features like online ordering, cloud-based POS, and loyalty programs have grown standard since the internet’s inception. The capability of the contemporary POS system to retrieve information from recorded transactions is one of its most useful features. Making more informed business decisions depends on this.

There are various improvements that address everything when restaurant POS systems migrate to the digital space. Both front-office systems like waitlists and reservations as well as back-office tasks like inventory and sales management can be managed by the current system. Restaurants may develop a culture of high-quality service thanks to POS systems, which streamline processes.

Employees may stay on the floor instead of rushing back and forth between the kitchen and the cash register thanks to a POS system that is correctly integrated into a restaurant. This keeps staff members close to customers so they can address any issues right away.

Today’s restaurant point-of-sale system depends on its ability to integrate. It seeks to eliminate the separation between online and offline communication. It covers a wide range of topics, including marketing campaigns, custom directors, and inventory lists. The new point-of-sale systems synchronize and simplify financial data, product information, and customer insights into real-time data in this way. The new POS software contributes to increased transparency on the customer and business sides of the transaction.

It is remarkable to observe that POS has transformed from a cash register into a corporate hub that gathers analytics effortlessly and maximizes earnings if we consider its historical development. The requirement for convenience and flexibility may make mobile payment acceptance appear to be in a transitional phase.

Customers are changing their payment habits, therefore businesses all across the world are preparing to make the switch. Customers have more choice in how they would like to pay because merchants can accept credit card payments via an internet connection from any location. A tablet running a mobile application and a smartphone with a credit card reader attached are required for mobile credit card processing services. However, loyalty programs and mobile wallet providers read barcodes on their screen using a POS scanner.

Though it is difficult to make a firm prediction about POS technology’s future, clearly the technology will continue to advance and adapt to the shifting demands of the market. Mobile POS has received a lot of attention recently. Whether it will dominate the restaurant business and displace conventional POS is an interesting question to be answered at this time. It will also be interesting to see if it takes the internet’s lead in extending and enhancing the capabilities of conventional POS.

Along with technological advancements, POS will continue to change. The brick and mortar businesses that use many channels, such as internet integrations, to connect and interact with clients, are expected to continue using POS terminals as the dominating technology. Mobile POS will also keep expanding as it helps businesses enhance the consumer experience. Businesses will benefit more from this new breakthrough, which will lead to technology that is more effective and time-saving.

From the 1870s, when general and department stores first opened, transactions have become more standardized. These POS systems are now used in a wide variety of sectors. The following are a few examples: eateries, shops, wholesale and hospitality enterprises, real estate leasing companies, repair facilities, management companies for the healthcare industry, and ticketing offices. A permanent terminal has been replaced with portable POS devices in some businesses. Instead of being restricted to a single sales counter, these are created to allow transactions to occur anywhere in the store.