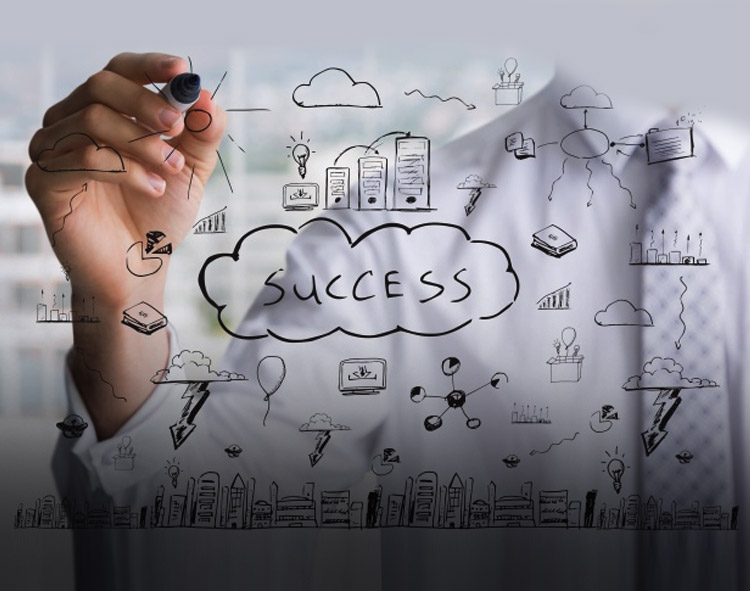 Whether you own or run a tech startup or established company or are thinking of starting one, there are always a lot of valuable lessons to be learnt and inspiration to be taken from the best in the industry. In order to be successful, one must be aware of the success mantras that help and the obstacles that come in way of pursuing ones dreams. Keep in mind, even the most successful ventures failed at some point of time.

Some companies are a result of seamless planning and execution where as some are formed as an accident and turn out to be great empires. Here are a few success stories of some renowned companies that were once startups.

The story of Uber began in 2008, when two friends Travis Kalanick and Garrett Camp were unable to find a cab, during a winter night, after leaving from a tech conference. The idea behind Uber, originally was to lower the cost of limo service at the touch of a button. In 2009, Garrett Camp bought the domain name ubercab.com and began working on a prototype for ubercab, soon Camp persuaded Kalanick to join as UberCab’s Chief Incubator. Because of the ease and simplicity of hiring a cab via an app gained popularity. After becoming a hit in San Francisco, Uber expanded in other cities in US. Uber is currently valued at USD 69 billion, making it the most valuable privately held tech company in the world.

It was in 2007 in San Francisco, that Airbnb founders Brian Chesky and Joe Gebbia just moved from New York and were looking to raise some money to pay their rent in the city. On noticing that the hotels in this city were always overbooked, they bought a few airbeds and put up a site named “Air bed and breakfast”. After sometime, Nathan Blecharczyk joined the team as the third co-founder. The name of the website changed to Airbnb in 2009. The company was not a successful venture at first. The founders had to sell cereal boxes for 6 months to get the company afloat. After several rejections, the company received its first funding and then there was no looking back.

HubSpot is a software company founded by Brian Halligan and Dharmesh Shah and is headquartered in Cambridge, Massachusetts. The company that invented the term ‘Inbound Marketing’ started when Brian and Dharmesh met as graduate students in MIT. They decided to create an online marketing platform, driven by the fading success of direct mail and other old school marketing tactics. Before Hubspot, they created the Hubspot blog to showcase their software as an inbound marketing solution, and later in 2006 they founded Hubspot. Today, Hubspot offers various services like Hubspot CRM, CMS hub, Marketing Hub, Sales Hub, Service Hub and serves to more than 86000 customers in over 120 countries.

Slack was founded by Stewart Butterfield in 2009 with its headquarters in San Francisco, California, US. Stewart owned a game company called Tiny Speck and the game they were building was called Glitch. They developed an internal communications tool named Slack to connect to their Canadian and US offices in real time with regards to the development of Glitch. Glitch, however, was not able to sustain itself.  After the closure of Glitch, the company launched Slack as a real time collaboration app and platform; the company renamed itself to Slack Technologies in 2014. Slack, today, is valued at $10.6 billion.

Allego, an innovative video-based sales enablement and training platform was found in 2013 by Yuchun Lee and his friend Mark Magnacca. Mark, before Allego, had 20 years of experience in sales training in the financial service space and had always been fascinated about marketization of people being able to record video themselves. Though they realised the power of video, they also noticed the challenge of storage that came with it. Lee, before Allego, founded and grew a company named Unica and later sold it to IBM for $480 million. So combining Mark’s experience in using video to provide feedback and coaching and Lee’s experience in both sales and software, they founded Allego. They came up with a file compression algorithm that turned the .5GB video file into 35MB, allowing the creation of a scalable platform that was ready made for mobile devices.

DiscoverOrg was founded by Henry Schuck in 2007. Henry, the CEO of DiscoverOrg and ZoomInfo, is one of the well-known entrepreneurs in sales intelligence and lead generation. He was 23 when he founded the company and led the company on a rapid growth path with funding investments from companies like Goldman Sachs BDC, FiveW Capital and NXT Capital. DiscoverOrg is known as the leading global sales and marketing intelligence tool used by the top most companies. DiscoverOrg has also been recognized for the quality of its datasets with both a Stevie® and a CODIE award. It was also named a Leader and ranked Number One in customer service by G2 Crowd. DiscoverOrg’s database covers decision-makers in IT, Marketing, Sales, Finance, HR, Engineering/Product, and CXO in SMB, MM, Enterprise, and Public organizations across the globe.

Smartsheet was developed by Mark Mader and co-founder as Brent Frei in 2005 and introduced to the public in 2006. The initial adoption was slow because the offering was too difficult to use. The company then began making some changes to make it more user-friendly.  In 2010, when they launched the redesigned software, more than one million users started using it. Later by the year 2014, it also added integration with Office 365 and Microsoft Azure. After a few years of some constant updates in their features, Smartsheet seamlessly incorporates AI to help lead people through tasks and the sheets themselves. The tool is used by over 75% of the Fortune 500 and facilitates integrations with key applications of Microsoft, Google, Salesforce, Atlassian, and many others.

Salesforce was founded in 1999 by Marc Benioff. It all began in a small apartment in San Francisco, when Marc quit his job at Oracle to pursue his dream. Salesforce was built on the idea to make software available to the masses on a 24/7 basis over a cloud-computing infrastructure. Marc did not want companies to invest in expensive software companies and wanted them to be able to buy software outside of their own building at lower cost and equal or greater efficiency, have everything stored on an external cloud. Salesforce revolutionised the computer industry by building a single product – a CRM tool – around a single idea – building products companies could use on the cloud. The company, reported revenues of $13.28 billion in 2019, making it one of the strongest financial producers in the global software sector.

Tiago Paiva founded Talkdesk in 2011. Tiago always wanted to make a product that would dominate an industry and change the world. He once came across an offer when Twilio was giving a MacBook Air as a prize to their hackathon. To win the hackathon, one had to build something using their newly released Twilio Client. Tiago was in need of a new computer and decided to he spent the next 10 days to build the product, which is now known as Talkdesk (he also won the hackathon!). He was also invited to present Talkdesk at TwilioCon for which he won a $10,000 investment from them. After which there was no looking back. The idea behind Talkdesk was to create a cloud-based software that would allow companies to provide better customer service to their callers. The company now has IBM and Dropbox as its clients among others.

Shopify was founded in 2004 by Tobias Lütke, Daniel Weinand, and Scott Lake. Before Shopify was a platform for creating online stores, it was itself an online store. An ecommerce store that was originally created for selling snowboards and was called Snowdevil. While building Snowdevil, Lutke and Lake faced challenges with building the website, a friend told them about  a software named Ruby on Rails, the software emphasised that tools should be easy and fun to use. After using that software Snowdevil was launched. Eventually people were fascinated about how they built their website and this gave an idea to launch Shopify as a set of tools merchants could use to build their own sites. Later Shopify realised an API platform and app store to help the existing customers. Today Shopify hosts over one million businesses and has made a remarkable economic impact on a global scale.

For more on Sales and Marketing in B2B and Tech, Catch The Latest Episodes of The SalesStar Podcast!

Tanika is a social media/content marketer with a brief stint in the banking industry, she helps collate trending news for GlobalFintechSeries while enabling creative social media tactics to engage with the audience.

ThoughtSpot Launches SaaS Offering to Unleash the Value of…