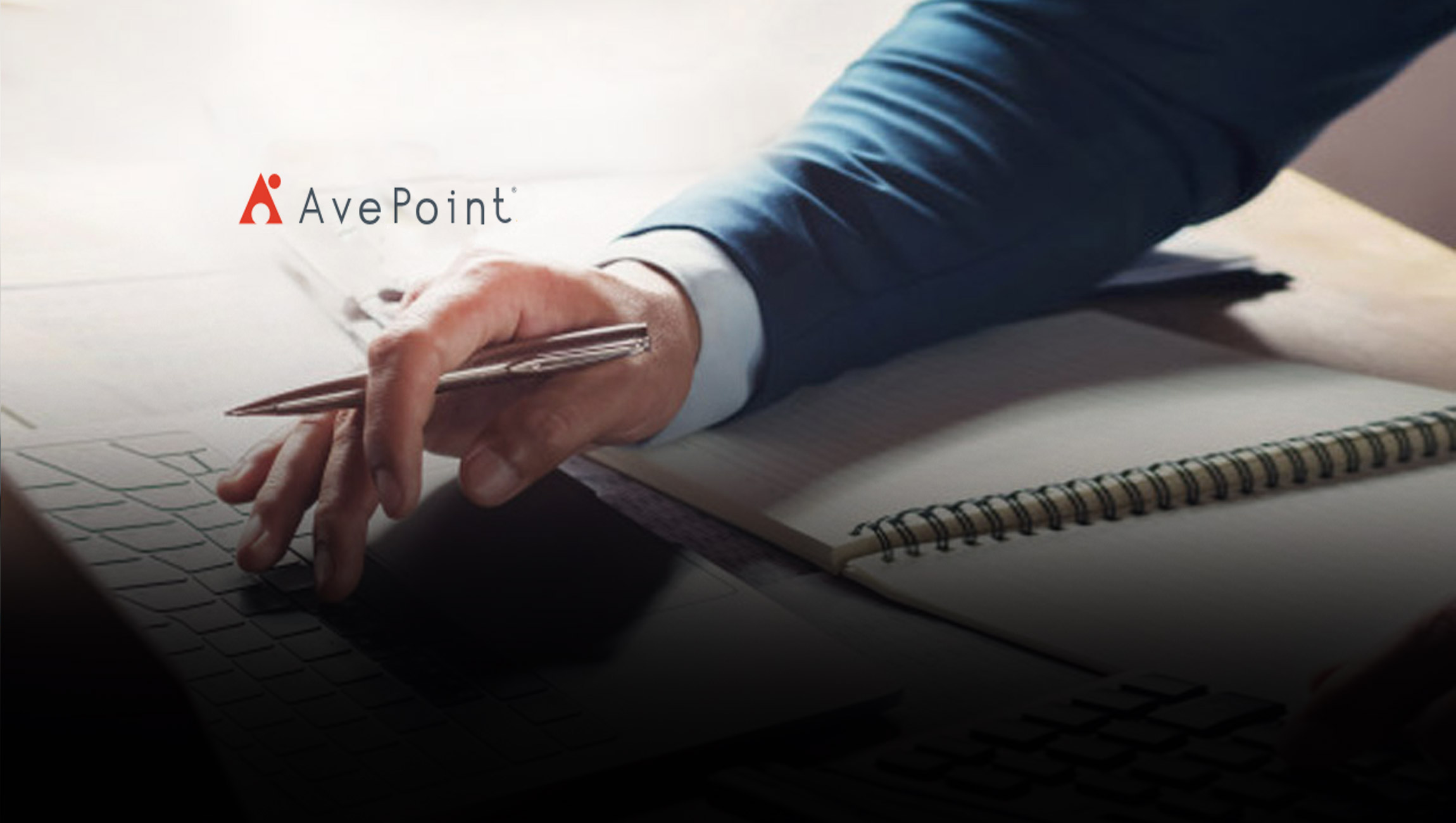 “Going public now gives us the ability to meet this demand and scale up faster across product innovation, channel marketing, international markets, and customer success initiatives.”

From its origin of two coders in a Somerset, New Jersey library, AvePoint has grown to serve the largest software-as-a-service (“SaaS”) userbase in the Microsoft 365 ecosystem with more than 7 million cloud users as of September 30, 2020 and an estimated addressable market of $33 billion by 2022 according to IDC.

The Company sells directly to large and mid-market enterprises, and its solutions are also available to managed services providers on more than 100 cloud marketplaces globally.

AvePoint expects to generate approximately $148 million in total revenue for the year ending December 31, 2020, which would be an increase of approximately 26% over 2019 revenue.

Over its nearly 20 year history, AvePoint has been first to market with many digital collaboration technologies, such as SharePoint migration, automated Microsoft Teams management, and the ability to migrate Microsoft Teams/Slack chats into the target channel.

The Company launched another first-to-market product during COVID-19–a SaaS solution to provide sensitivity-based security insights and automated policy enforcement to prevent risky oversharing in Microsoft 365. More than half of AvePoint’s workforce are technologists, including the majority of the senior leadership team.

“AvePoint provides critical data management solutions that enable organizations to make their digital collaboration systems more productive, secure and compliant. The impact of COVID-19 and the growth of Microsoft’s cloud solutions, including Microsoft 365 and Microsoft Teams, have accelerated demand for our products. And we were growing prior to COVID-19 as well. We have achieved eight quarters of impressive growth. We have positive free cash flow and are in line with the key ‘Rule of 40’ SaaS industry growth metric,” said Dr. Jiang. “Going public now gives us the ability to meet this demand and scale up faster across product innovation, channel marketing, international markets, and customer success initiatives.”

Microsoft has seen its share of the productivity and collaboration market expand to 28% according to a 2020 IDC report. AvePoint is a five-time Global Microsoft Partner of the Year and boasts one of the largest Microsoft 365 development teams outside of Microsoft itself.

“AvePoint has partnered with Microsoft closely for nearly two decades in helping organizations maximize their Microsoft investments,” said Gavriella Schuster, Corporate Vice President, One Commercial Partner, Microsoft. “AvePoint’s merger to become a public company demonstrates the power of Microsoft’s channel and the opportunity it provides our partners to flourish long-term.”

In addition to the approximately $352 million held in Apex’s trust account as of September 30, 2020, assuming no redemptions by Apex’s public stockholders, the combined company will benefit from $140 million in proceeds from a group of institutional investors participating in the transaction through a committed private investment (“PIPE”).

Sixth Street, the global investment firm which led a $200 million growth equity investment in AvePoint in 2019, will continue as a shareholder in the combined company.

CoreLogic Announces Appointment of Three New Directors to Board