RumbleOn Appoints Peter Levy, the Company’s Chief Operating Officer, to its Board of Directors 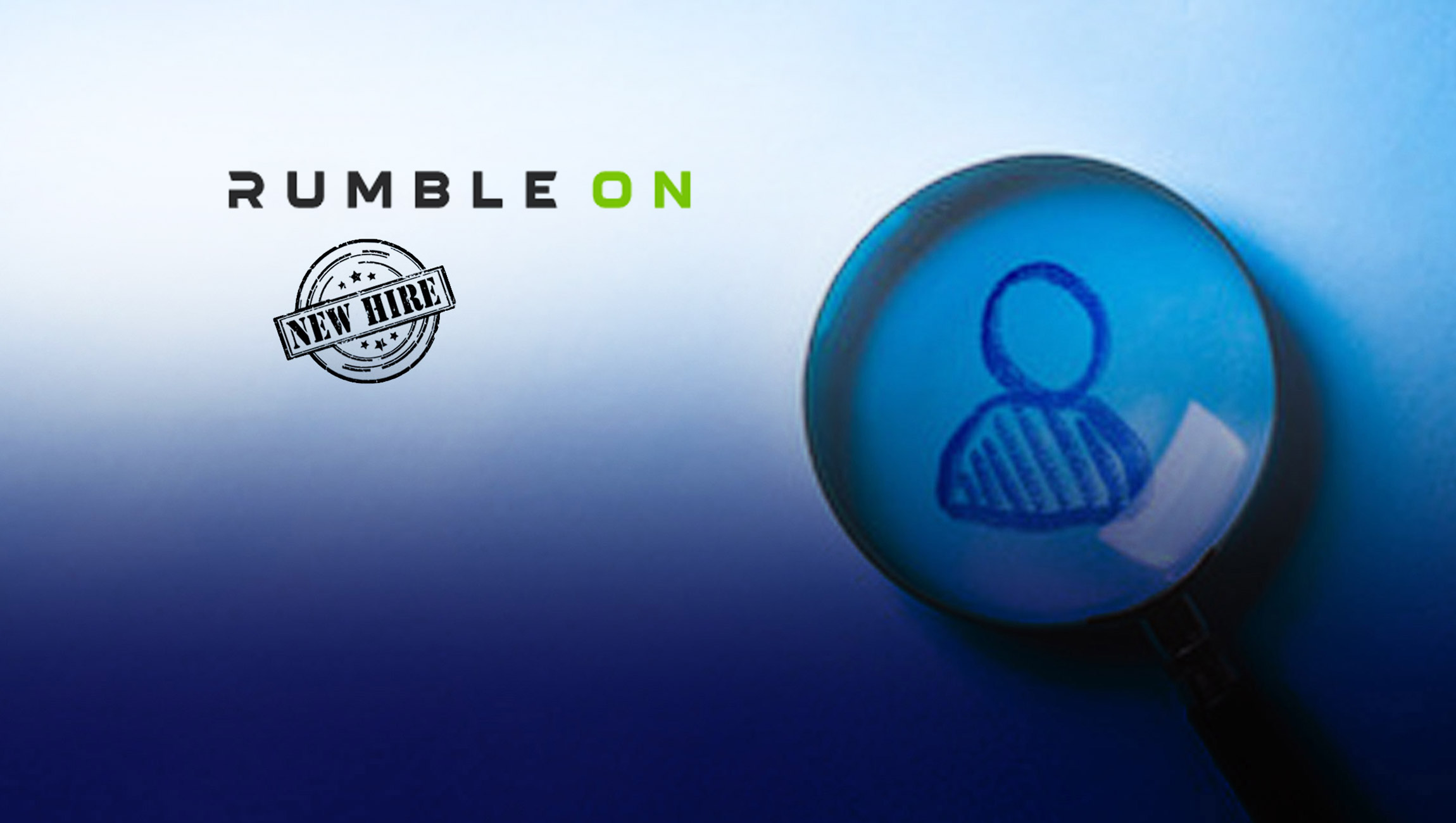 RumbleOn, Inc., the e-commerce company using innovative technology to simplify how dealers and consumers buy, sell, trade or finance pre-owned vehicles, today announced Peter Levy, the Company’s Chief Operating Officer has been appointed to its Board of Directors, effective June 17, 2021.

“I am honored to be appointed to RumbleOn’s Board of Directors. I look forward to working closely with Marshall and the entire Board, as we continue to execute on RumbleOn’s vision to become the only omnichannel powersports platform in North America and transform the powersports industry.”

Levy has a 25-year distinguished career in both building and consulting technology companies. He is a seasoned sales and marketing leader and has demonstrated his ability to successfully foster relationships with senior executives for I.T. Operations, Finance, Sales and company building opportunities across a broad scope of industries.

“Peter has been instrumental to the evolution of RumbleOn and we are thrilled to welcome Peter to our Board of Directors,” said Marshall Chesrown, RumbleOn’s Chairman and Chief Executive Officer. “Not only is he passionate about the powersports industry, but he has a deep understanding of our business and is highly respected by colleagues across both our organization and RideNow’s. He has worked alongside Steve, me and our entire executive team since 2017 and is a natural fit to join our Board as we enter the next stage of growth.”

Peter Levy, RumbleOn’s Chief Operating Officer, commented, “I am honored to be appointed to RumbleOn’s Board of Directors. I look forward to working closely with Marshall and the entire Board, as we continue to execute on RumbleOn’s vision to become the only omnichannel powersports platform in North America and transform the powersports industry.”

Levy joined RumbleOn as Chief Operating Officer in August of 2017 and has been responsible for building strong relationships with OEMs, dealers, auctions and finance partners, while leading multiple internal teams. He spearheaded the architecture of RumbleOn’s Dealer Direct platform as well as RumbleOn’s pilot program with Cargurus. As Vice President of Sales and Director of Business Development for Integrated Auction Solutions (previously AWG Remarketing Inc.), Levy played an integral role in the Company’s business development and M&A initiatives. He was also responsible for building the Company’s digital presence throughout the Independent Auction community’s 200 locations. In 1999, Levy founded Automotive Remarketing Services and co-developed the virtual auction processes that exist today. Previously, he served as regional manager of sales and acquisition for Autonation Retail Superstores. Levy earned a Bachelor of Science in Marketing and Finance from Indiana University in 1993.

CloudCover Announces Two New Appointments to Board of Directors