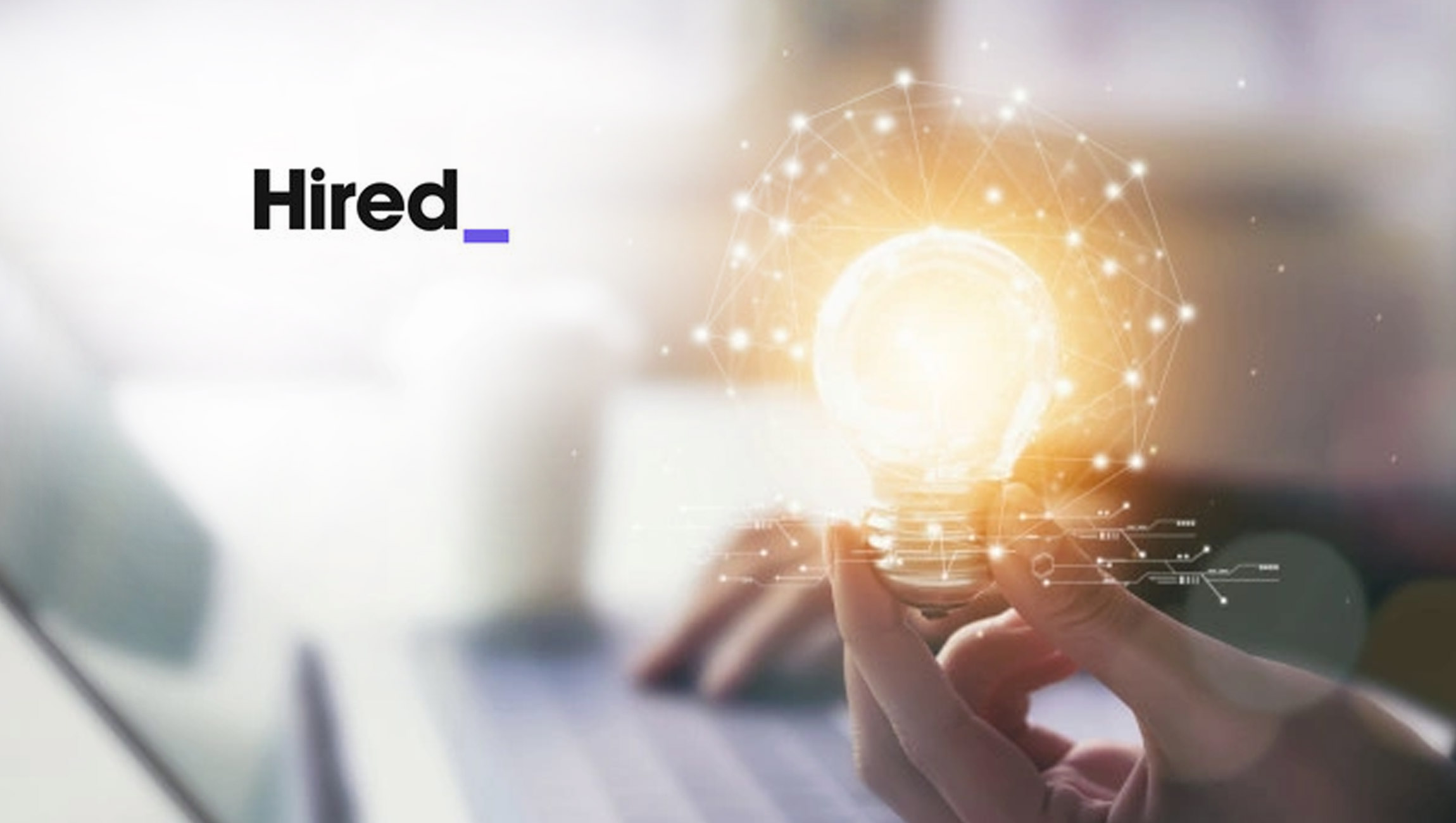 Top U.S. and U.K. companies were ranked across equity, efficiency, and transparency in their hiring process based on Hired’s data; Insider, Inc., The Walt Disney Company, Cisco, Zendesk, and Skyscanner included among 65 top employers

Hired, the leading AI-driven hiring marketplace that matches tech and sales talent with top companies, has released its new annual report: “Hired’s 2021 List of Top Employers Winning Tech Talent.” The report lists the top 10 small, medium, and large companies winning tech talent in the U.S. and U.K. respectively. Unlike Hired’s former Brand Health Report – released in Q4 between 2017 and 2020 and focused on candidates’ perceptions about employers – this new report evaluates companies on value-driven metrics based on data from thousands of interactions occurring daily between recruiters and candidates on Hired’s marketplace.

Hired evaluated employers on its marketplace against three core pillars essential to a successful employer brand – especially in today’s candidate-driven and competitive hiring market. For each pillar – equity, efficiency, and transparency – Hired collected and analyzed specific criteria and metrics based on its proprietary marketplace data between October 1, 2020 and October 31, 2021.

Hired found that the top companies recognized in the report were successful in attracting and retaining talent due to how well they approached these three core pillars.

1. Equity: Hired analyzed data on how many underrepresented candidates companies interviewed and hired. The top performing companies are significantly above average metrics and prioritize diversity and equity throughout their hiring process.

2. Efficiency: Hired analyzed data based on how efficient companies are in interviewing and navigating candidates throughout the hiring processes. It revealed that the top companies hire faster, receive more responses from candidates due to tailored outreach, and have higher interview and final offer acceptance rates compared to overall averages.

3. Transparency: Hired analyzed data based on how transparent companies are in terms of indicating equitable salaries or salary bands during the hiring process. The top ranking companies demonstrated the least variation in the salary amounts shared with candidates for a given position.

“After a turbulent year of high employee turnover and fierce competition for top talent, we want to recognize companies that have exceptionally navigated this demanding and quickly evolving hiring market,” said Josh Brenner, CEO of Hired. “In this first-of-its-kind report, we put a spotlight on the employers who have attracted top tech talent by prioritizing three critical core values – equity, efficiency, and transparency. We hope to inspire other employers and HR professionals to focus on these key areas as well to successfully engage and bring in the best candidates, while driving accountability in hiring processes. This report also illuminates which employers are nailing the recruitment process from start to finish for tech talent.”

Here are the top small, medium-sized, and large businesses across the U.S. and U.K.:

Logile Announces the Closing of Series A…

Hexaware Expands its Membership in SAP…