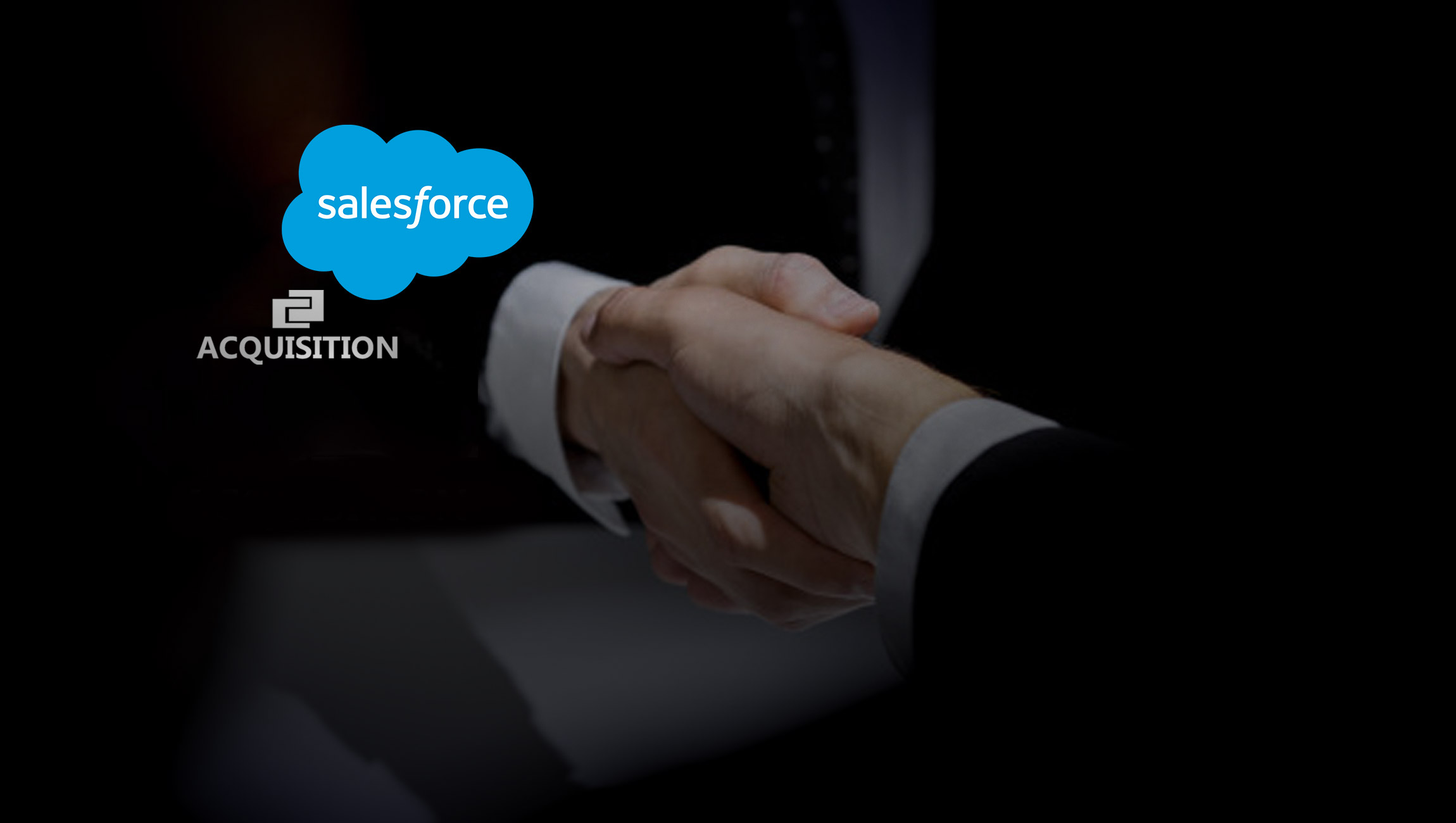 Salesforce acquired Evergage, the leading software platform for real-time 1:1 personalization, to accelerate the company’s efforts to offer enhanced personalization solutions to its thousands of customers.

This acquisition comes on the heels of Evergage being named a Leader in The Forrester WaveTM: Digital Intelligence Platforms, Q4 2019. In addition, Evergage earned numerous awards in 2019, most recently being named “CDP of the Year” and “Personalization Tech Solution of the Year” in the inaugural Rele Awards.

Evergage had raised $26 million prior to the acquisition by Salesforce. Arrowroot Capital led the last two rounds alongside investors G20 Ventures and Point Judith Capital.

“The acquisition by Salesforce highlights Evergage’s industry leading product and its ability to service clients. Early on it was evident Karl and Greg had a clear comprehension of the needs of the industry and where it was heading,” said Matthew Safaii, Founder and Managing Partner at Arrowroot Capital, who partnered with Evergage’s Founders, Karl Wirth and Greg Hinkle, and sat on the board since 2016. “It has been a remarkable four year journey with Evergage. Arrowroot could not be happier for the team.”

“Evergage’s mission has always been to personalize the world, and we’ve been doing that one client at a time for nearly ten years,” said Karl Wirth, Founder and CEO of Evergage. “Arrowroot has been an amazing investor and partner for Evergage helping us to build the company. Now, as a part of Salesforce, we’ll be able to do what we do better and at a much greater scale and pace than we ever could before.”

6sense Delivers The Future Of AI-Guided Engagement For B2B…

Chain.io and Overhaul Join Forces to…