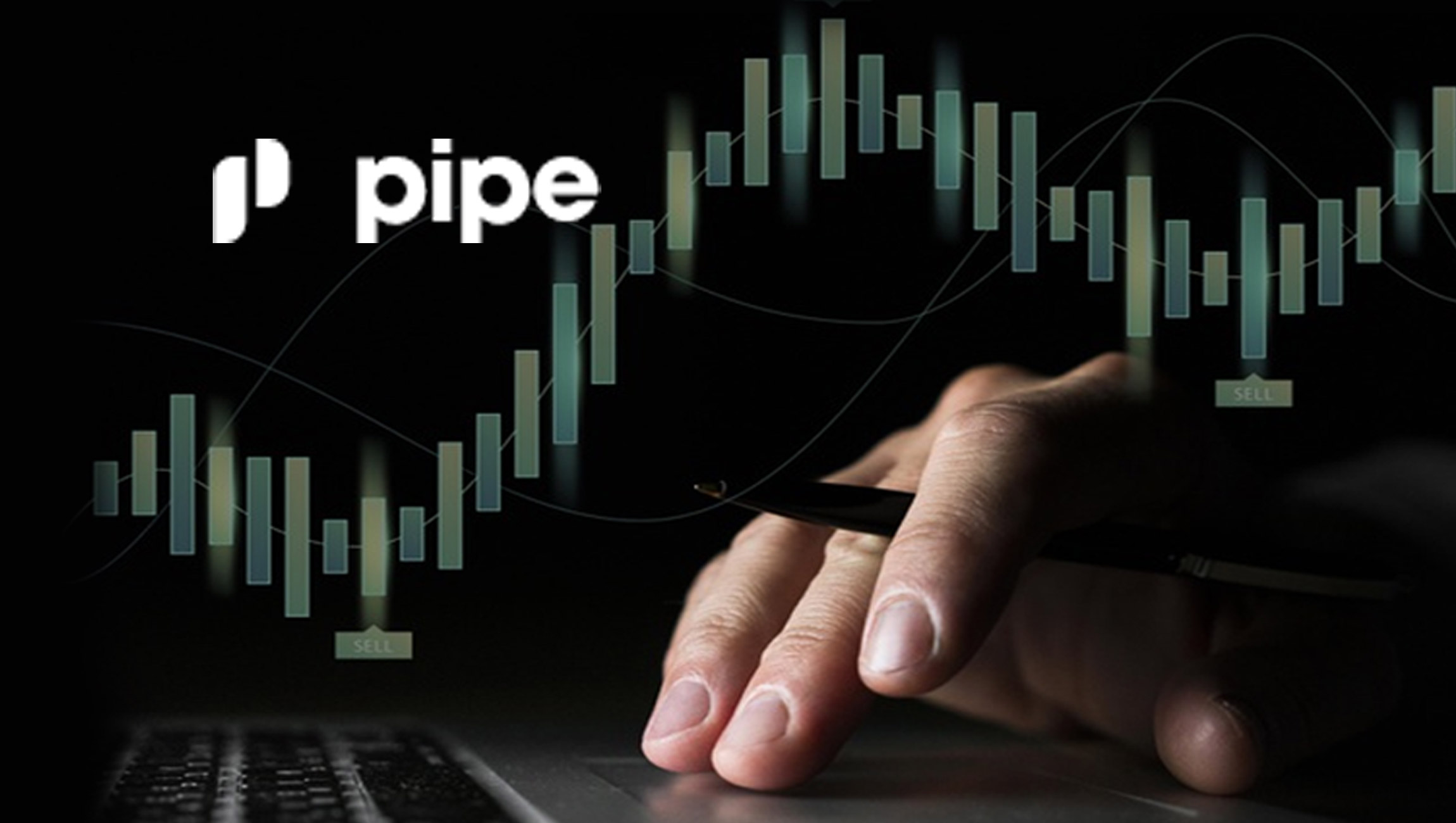 Pipe, creators of the world’s first trading platform for recurring revenues, announced it has raised $50 million in strategic equity funding, with a minority portion of the round being allocated to secondary. Led by Jim Pallotta’s Raptor Group and Siemens Next47, participants in Pipe’s latest round of funding also include Shopify, Slack, HubSpot, Okta, Chamath Palihapitiya, Marc Benioff, Michael Dell’s MSD Capital, Republic, Alexis Ohanian and Joe Lonsdale. The latest round of funding, which brings the total equity raised to $66 million, will be used to expand Pipe’s global footprint and build upon the company’s partnerships, including with its newest investors.

“Having spent my career working in the capital markets, I instantly saw how impactful Pipe’s platform would be as a new mechanism for helping companies to grow,” said Jim Pallotta, Founder and CEO of Raptor Group. “Pipe represents a significant innovation in the alternative financing space and is transforming how companies access growth capital.”

“Pipe is revolutionizing how companies access capital by empowering them to trade their most valuable asset: their underlying contracts,” said Matthew Cowan, General Partner at Next47. “As an active investor in the recurring revenue space, we are incredibly impressed with how the Pipe platform changes the game for growing businesses by giving them dynamic access to lower cost of capital.”

Pipe has created a new asset class that transforms recurring revenue streams into non-dilutive upfront capital for growth. Through its trading platform, Pipe provides direct access to the capital markets for companies of all sizes, ranging from early stage all the way to publicly listed companies. Pipe works with companies that want to access their booked revenue up front by turning their quarterly or monthly recurring revenue (MRR) into annual recurring revenue (ARR) cash flow, without debt or dilution.

“Pipe is levelling the playing field for companies in the capital markets,” said Chamath Palihapitiya, Founder & CEO, Social Capital. “By taking the underlying contracts that generate recurring revenue streams and making them tradable for the first time, Pipe has unlocked a multi-trillion dollar asset class, revenue.”

Pipe’s two-sided trading platform is the latest innovation in the alternative financing space. On one side, each company is rated on their own merits so they can access the best possible bid price based on their level of risk. The healthier a company becomes, the more their assets will trade for on the Pipe platform. The other side of the marketplace is made up of institutional investors, all eager to purchase these recurring revenue-generating assets, which act similar to fixed-income products.

“When we were approached by such incredible companies with aligned missions to form partnerships, the conversations quickly evolved,” said Harry Hurst, co-founder and co-CEO, Pipe. “We felt it made sense to have the broader ecosystem that powers growth oriented companies join forces to invest together in the future of revenue as a tradable asset class.”

Pipe was launched in beta in February 2020 as a trading platform focused on SaaS companies. However, since its public launch in June 2020, Pipe has experienced massive adoption across companies with recurring revenues in many verticals. Key milestones include:

“We are thrilled to participate in Pipe’s most recent round and look forward to working with them as they bring this important capital source to entrepreneurs around the world. Pipe provides non-dilutive, founder-friendly financing, which is critical to creating more successful entrepreneurs in the future, and both Pipe and Shopify are deeply aligned toward that mission,” said Brandon Chu, VP Product, Shopify.

“HubSpot and Pipe share a mission to help companies sustainably scale, and broad access to capital is critical for growth,” said Andrew Lindsay, Senior Vice President of Corporate Development and Business Development, HubSpot. “Pipe will be transformational for our many customers who were previously limited to equity or debt financing.”

Read More: How To Use Video Marketing To Make Your Brand Stand Out

Product Sellers: Are You Still Using Legacy Tech? Here’s How to Leverage the Right…

Delvify Uses the Power of Vision to Strengthen its C-Suite

Delvify Uses the Power of Vision to…