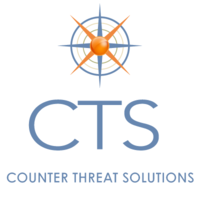 Ranked number 2,714 of 5,000 of American’s fastest-growing private companies based on year-over-year revenue growth

Reston-based consulting firm Counter Threat Solutions LLC (CTS) has once again earned recognition as one of Inc. magazine’s fastest growing private companies. This marks the second consecutive year CTS has been named to the prestigious list, which recognizes the most successful independent small businesses in America.

“This year’s list feels like one of the most important rosters of companies ever compiled,” says Scott Omelianuk, Inc. editor-in-chief. “Building one of the fastest-growing companies in the U.S. in any year is a remarkable achievement—the resiliency these firms demonstrated during the COVID crisis is just plain amazing.”

Inc. ranks U.S.-based, privately held, for-profit companies according to percentage revenue growth from 2017 to 2020. According to Inc., the average median three-year growth rate among companies evaluated this year was 543 percent, with median revenue of $11.1 million. Together, these businesses added more than 610,000 jobs over the past three years.

CTS revenue has grown 400% since the firm’s 2015 inception. The consulting company has more than doubled its employee base in the last three years.

“We are thrilled to make it on to this list again this year, particularly since last year was such a dramatic departure from ‘business as usual’ for every company in the world,” shares Counter Threat Solutions’ CEO Theresa Keith.