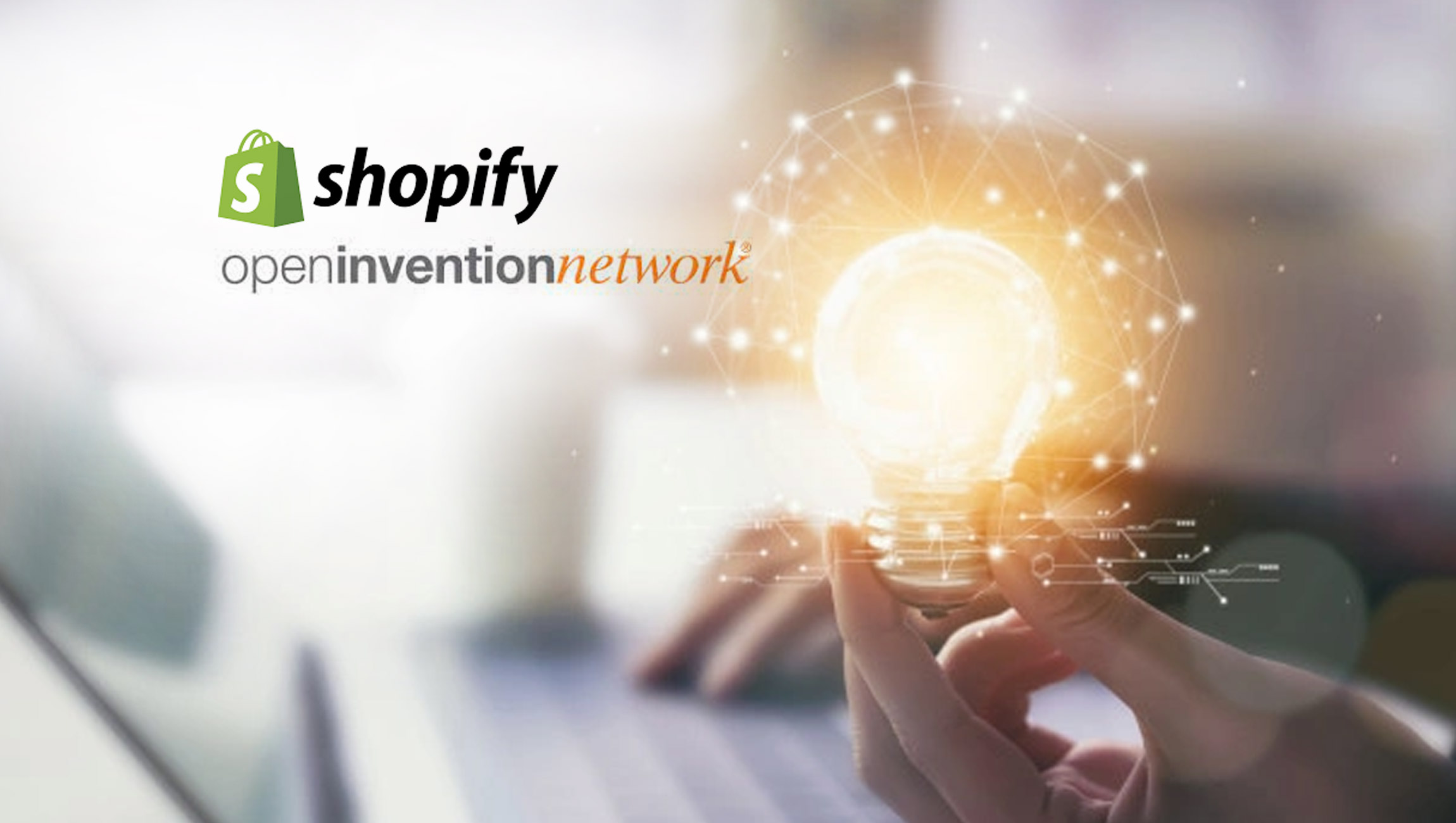 Open Invention Network (OIN), the largest patent non-aggression community in history, announced today that Shopify has become a licensee and community member of OIN. As a leading global commerce platform providing trusted tools to start, grow, market, and manage a retail business of any size, Shopify is reinforcing its commitment to open source software (OSS) as an enabler of its growing business.

“Shopify’s platform provides not only the tools to build an online store, but also a full suite of merchant solutions, including payment processing through Shopify Payments and loans through Shopify Capital, among others. Ecommerce platforms, fintech, and financial services companies should all take note of Shopify’s growth and leadership, which has been built upon open source software going back to its launch,” said Keith Bergelt, CEO of Open Invention Network. “We appreciate Shopify’s participation in joining OIN and demonstrating its commitment to innovation and patent non-aggression in the Linux System.”

“At Shopify, we’ve built our platform on Ruby on Rails. We view open source software as a key foundation for our business,” said Robert Guay, Senior Counsel, Intellectual Property at Shopify. “By joining the Open Invention Network, we have committed to patent non-aggression in core Linux and adjacent open source software. We believe that this commitment will promote innovation and help enable entrepreneurs and developers to build on open source foundations without focusing on the threat of litigation. We strongly encourage all forward-looking ecommerce platforms, retailers, and other companies to do the same.”

OIN’s community practices patent non-aggression in core Linux and adjacent open source technologies by cross-licensing Linux System patents to one another on a royalty-free basis. Patents owned by Open Invention Network are similarly licensed royalty-free to any organization that agrees not to assert its patents against the Linux System.

Agiloft Named a Leader in Gartner 2021 Magic Quadrant for…