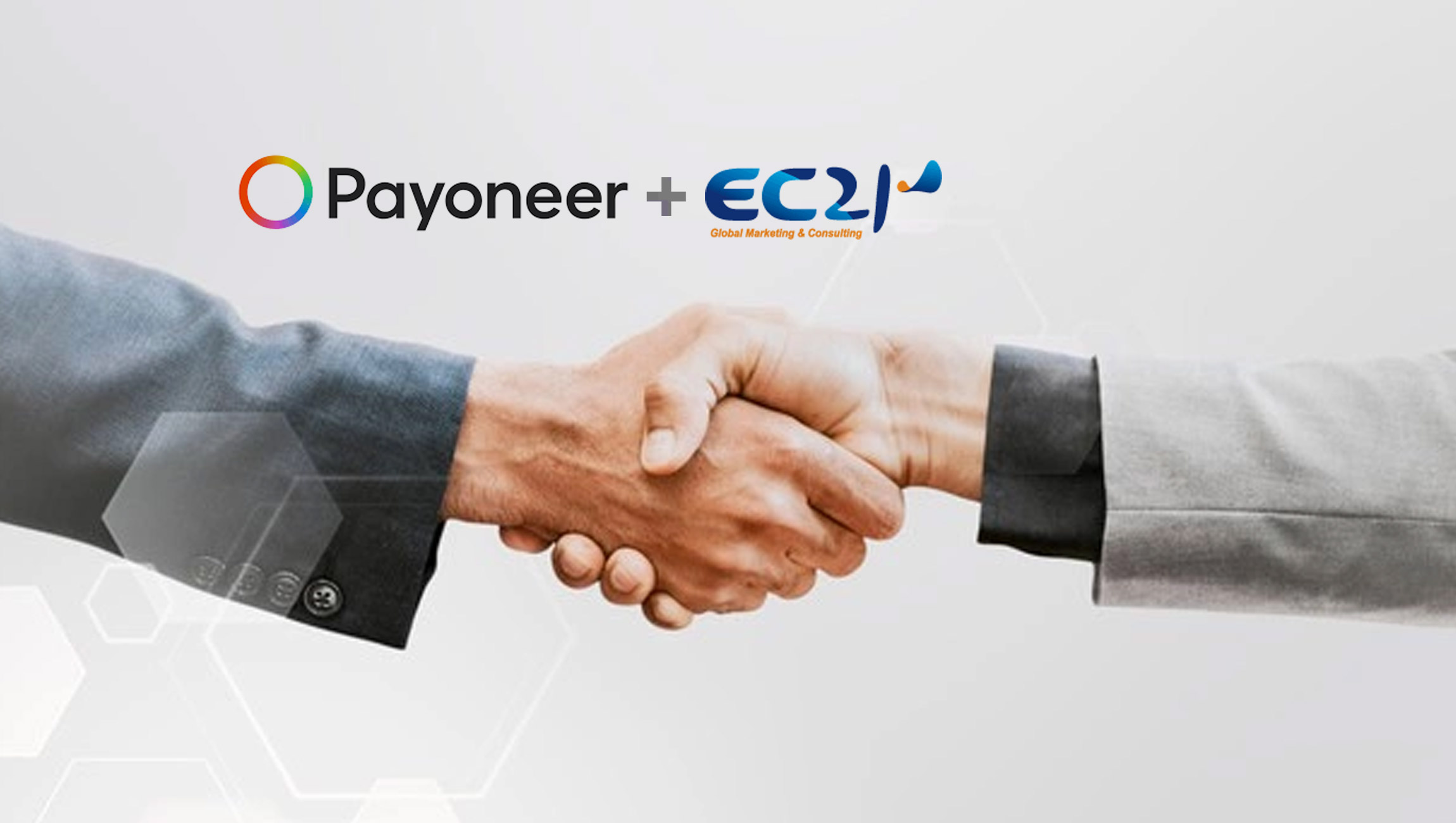 Through Payoneer’s API integration for cross-border payments, EC21 now makes it easier for SMBs to sell into over 190 countries and territories

Payoneer , the commerce technology company powering payments and growth for the new global economy, and EC21, a Korean-based global B2B marketplace, have partnered to support the cross-border business of Korean SMBs.

EC21 was founded in 2000 as a spin-off of the Korea International Trade Association (KITA) eTrade Services division. The EC21 marketplace connects millions of buyers and sellers from around the world with Korean B2B companies’ online storefronts. In addition to acting as a B2B marketplace, EC21 provides domestic SMBs with consulting on overseas marketing and trade.

“With the new Payoneer partnership, EC21 can better support domestic SMBs ready to explore and expand into overseas markets”

Under this partnership, EC21’s billing system will integrate Payoneer’s ERP API service. This solution enables Korean SMBs to manage their Payoneer accounts, analyze their revenue, and send and receive payments in over 190 countries and territories, all directly from within the EC21 platform.

EC21 is one of Korea’s largest B2B platforms, serving 90,000 Korean SMBs and 2.5 million SMBs around the world who market and sell over seven million products in the online marketplace. EC21’s user base spans geographies, including China (34%), the U.S. (13%), and India (7%) and covers a range of B2B businesses, including auto parts, agricultural goods, consumer electronics, and fashion accessories and apparel. With 14 offices around the globe and partnerships with other export promotion organizations such as the Canada Export Centre and the EU Gateway Program for promoting EU exports to Korea, EC21 integrates Korean SMBs with global markets.

“The partnership with EC21 will serve as catalyst for SMBs in Korea to expand internationally and propel their business growth,” said Woo Lee, VP Regional Head, East Asia of Payoneer. “Korean SMBs now have the ability to buy and sell globally while paying and receiving payments according to local preferences, making it easier to partner with overseas suppliers and customers.”