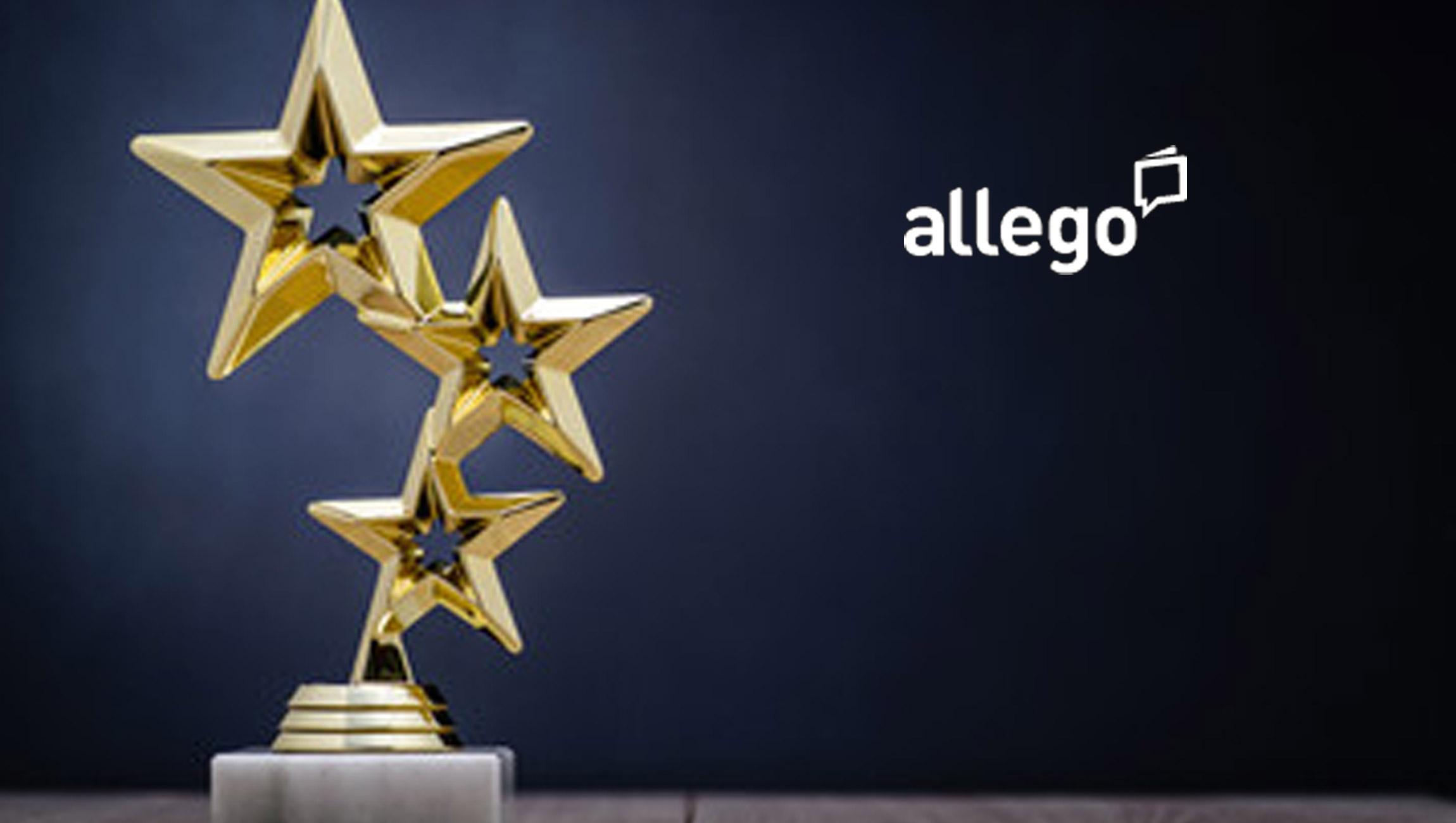 The mission of the MarTech Breakthrough Awards is to honor excellence and recognize the creativity, hard work and success of companies, technologies and products in the fields of marketing, sales and advertising technology. B2B selling is harder than ever, which is why it’s critically important to make things as easy as possible for sellers – this is where enablement comes in. Allego’s recognition as ‘Best Enterprise Sales Enablement Software’ highlights the importance of enablement as it sits at the intersection between marketing and sales, and is a critical driver of both department’s success.

“In today’s digital selling environment, traditional training approaches aren’t going to cut it. Sellers need on-demand access to learning and content delivered in the flow of work,” said Wayne St. Amand, Chief Marketing Officer at Allego. “We are working to drive modern enablement that is built for today’s distributed teams. The continued recognition from MarTech Breakthrough is a testament to the effectiveness of our solution and our continued efforts to challenge the status quo.”

This recognition from MarTech Breakthrough Awards is the latest accolade for Allego. The company was included in Forrester’s Now Tech: Sales Enablement Automation, Q2 20222 report. Allego was also recently named a Boston Business Journal Best Places to Work honoree for the fifth year in a row and was listed in Selling Power’s “50 Best Companies to Sell For in 2022,” showcasing the company’s people-centered culture and commitment to its employees on top of its industry-leading software offerings.

CereTax Comes Out of Stealth With $10M Seed Round, Fortune 500 Customers

Creatio Recognized Among the Best CRM Software and Solutions: The 2022 CRM Industry…