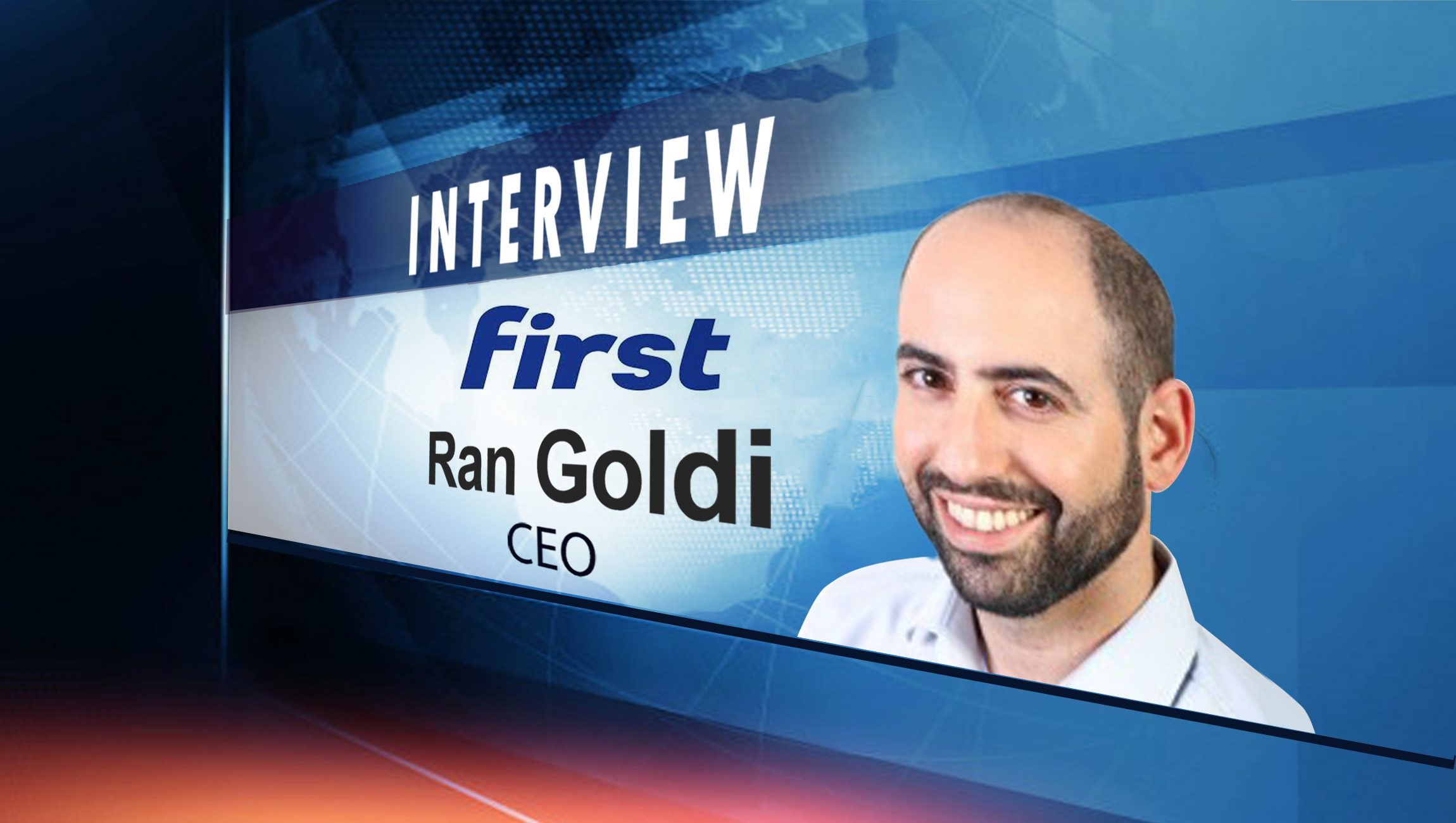 Tweet
How will the evolution of blockchain impact the way businesses will plan their payment, transaction and point-of-sales services in future? Ran Goldi, CEO at First DAG weighs in:

Ran, we’d love to hear more about you and First Digital Assets Group

Alongside a few other startups which I run, I’m CEO at First Digital Assets Group. Since First’s inception in 2017, we have been working on the intersection of Blockchain and payments, thus connecting users and merchants with PSPs. From 2019 onwards, we decided to focus exclusively on stablecoins and CBDCs as we realized that most cryptocurrencies like Bitcoin and Ether are still used as tools for speculation. This is not something we wanted to help proliferate.

Around that time, Diem had just been born (then called Libra). Soon, we started sharing our work with the Diem Association and, after conversations with various payment service providers (PSPs) and financial institutions, we decided to focus our initial launch on Diem. Our industry review revealed that while some of the currency systems work with merchants and vendors directly, targeting the existing PSPs would help us reach out to a larger user base. Most existing PSPs don’t indulge in or understand Blockchain technology enough to be able to implement it. Therefore, we built a turn-key solution for merchants, payment providers and acquirers to be able to accept digital payments, such as Diem, Stablecoins, and CBDCs.

How are you seeing today’s technologies for secure wallets and payments evolve to help safeguard user data and business interests of institutions or providers that need to have direct payments as part of their services?

Blockchain technology is a system of recording information in a way that makes it difficult or impossible to change, hack, or cheat the system. A blockchain is a digital ledger of transactions that is duplicated and distributed across its entire network of computers. Each block contains a number of transactions and every time a new transaction occurs on the blockchain, a record of this transaction is added to every participant’s ledger. The decentralized database managed by multiple participants is known as Distributed Ledger Technology (DLT). Blockchain is a type of DLT in which transactions are recorded with an immutable cryptographic signature called a hash.

Thus, it is evident that the use of blockchains is a highly secure method of payment when compared to legacy systems. In some cases, blockchains can even eliminate the need for custodial intermediaries using a smart contract. This technology with its transparent ledger safeguards user data and could be used in unique propositions for financial institutions to enable swift transactions with higher security.

What are some of the top thoughts you have surrounding blockchain and related technologies and their impact on how users/businesses will handle payments and key transactions in the future?

We believe that the future of digital payments is going to be solutions based mainly on CBDCs and Stablecoins, rather than on highly speculative cryptocurrencies like Bitcoin and Ether. Diem (previously Libra) is the perfect candidate for a successful Stablecoin to reach the masses due to Facebook’s massive reach through their social media platforms including WhatsApp and Instagram, which could be used as channels to drive mass adoption.

Most merchants and businesses don’t want to know how payments take place behind the curtain. They essentially want an user interface that allows convenient payment methods for their customers. For merchants who already work with a PSP, we intend to provide the PSPs with a platform where they don’t have to worry about operating the Blockchain. First will handle the related processes. Merchants will get paid in their native fiat currencies, while Diem will be just another payment method for end-users.

As digital technologies and digital assets get more sophisticated, how do you feel payment platforms will have to shape up in the future to meet evolving (global) needs to create safer/stronger/faster cross-border payments?

Mainstream banks are beginning to realise that the demand for digital payments is rising exponentially. That’s why mainstream banks like BNY Mellon, one of the world’s oldest banks, have jumped into the digital currency game as custodians. This is driven by the fact that the blockchain industry and service providers in the space have matured recently, and Coinbase’s technology is used to serve many banks behind the scenes.

One downside of this is that legacy organisations bring in both a centralization aspect and higher fees, which they have been charging historically compared to new age digital payment systems. The issue of high fees can be controlled by the competition that the new players in the market would provide by inducing lower fees as the new normal for users, thus offering them a lucrative proposition.

Many governments are already in the process of developing their own CBDCs. The leader amongst them is China’s Digital Currency Electronic Payment (DC/EP). China is already conducting live trials across various provinces across the country with much success; they have also recently included private banks like MYbank and Webank to be a part of their trials. Both these banks are backed by huge conglomerates, MYbank by Antgroup and Webank by Tencent. Both these organisations already have digital payment systems called AliPay and Wepay respectively, which amount for 93% of China’s booming digital market.

Notably, the Bank of Thailand has announced that it is in the third phase of development of its own CBDC, and is already using it to facilitate transactions between large businesses. Rollout to the general population is still under review, however. The Reserve Bank of Australia has also revealed it is partnering with Commonwealth Bank, National Australia Bank, Perpetual and ConsenSys Software for research into the creation of its own national digital currency.

Even the global payment giant, Visa released their research on what an ideal CBDC would look like and how it would impact society. It highlights how the ability to transfer CBDCs offline as well between devices would lead to a high degree of flexibility for consumers.

Seeing how the year 2020 changed the game for fintechs and tech providers due to the pandemic, what are your thoughts on the evolution of fintech in the near-future?

The global pandemic rampant throughout 2020 and leading into 2021 has taught us the importance of technology in the legacy finance systems where consumers can seamlessly make any transactions without having to deal with cash and such other touch points. Globally all countries have seen a reduction in the dependence on cash, thus nearly all major economies are looking into the development of CBDCs.

In the near future, cross-border transactions will not only be faster, but they’ll be considerably cheaper to execute. Our platform allows for all types of digital payments and transfers, and it should open up new opportunities in the world of remote working, remittance, personal banking, and more. First’s APIs will bridge existing gaps and finally deliver a more equitable financial system for the whole world.

Before we wrap up, a few biggest learnings and tips you’d like to share with other tech innovators and leaders?

The top learning for fintech innovators is to be adaptable to change and be inclusive of blockchain technology which is spearheading innovation in finance and many other spheres. The transparency and decentralized nature of the blockchain is an asset to many users who are aversive to legacy financial systems and/or are looking for other alternatives.

In my experience, which includes some great startup failures, but also a couple of successful ones, it is highly important to identify trends in the market and actually build a product/platform/service that offers a high value proposition to consumers and merchants/vendors alike. Bridging the gap and building trust between both parties though seamless technologies is of utmost importance.

And perhaps my most important tip, while stating the obvious, is to stay focused, and be persistent. Most startups don’t succeed overnight; it is more of a “seven-years-overnight-success”. Be aware of your cash reserves, plan ahead, and seize the opportunities as they arrive! 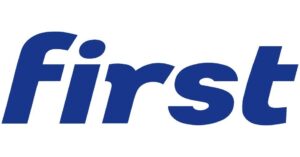 First DAG is building the future of the digital asset economy. By developing the first global digital payment platform for PSPs and Acquirers.

Ran Goldi is the CEO at First DAG

Catch some of the latest tricks that marketing and sales leaders in tech are using to drive better business results: