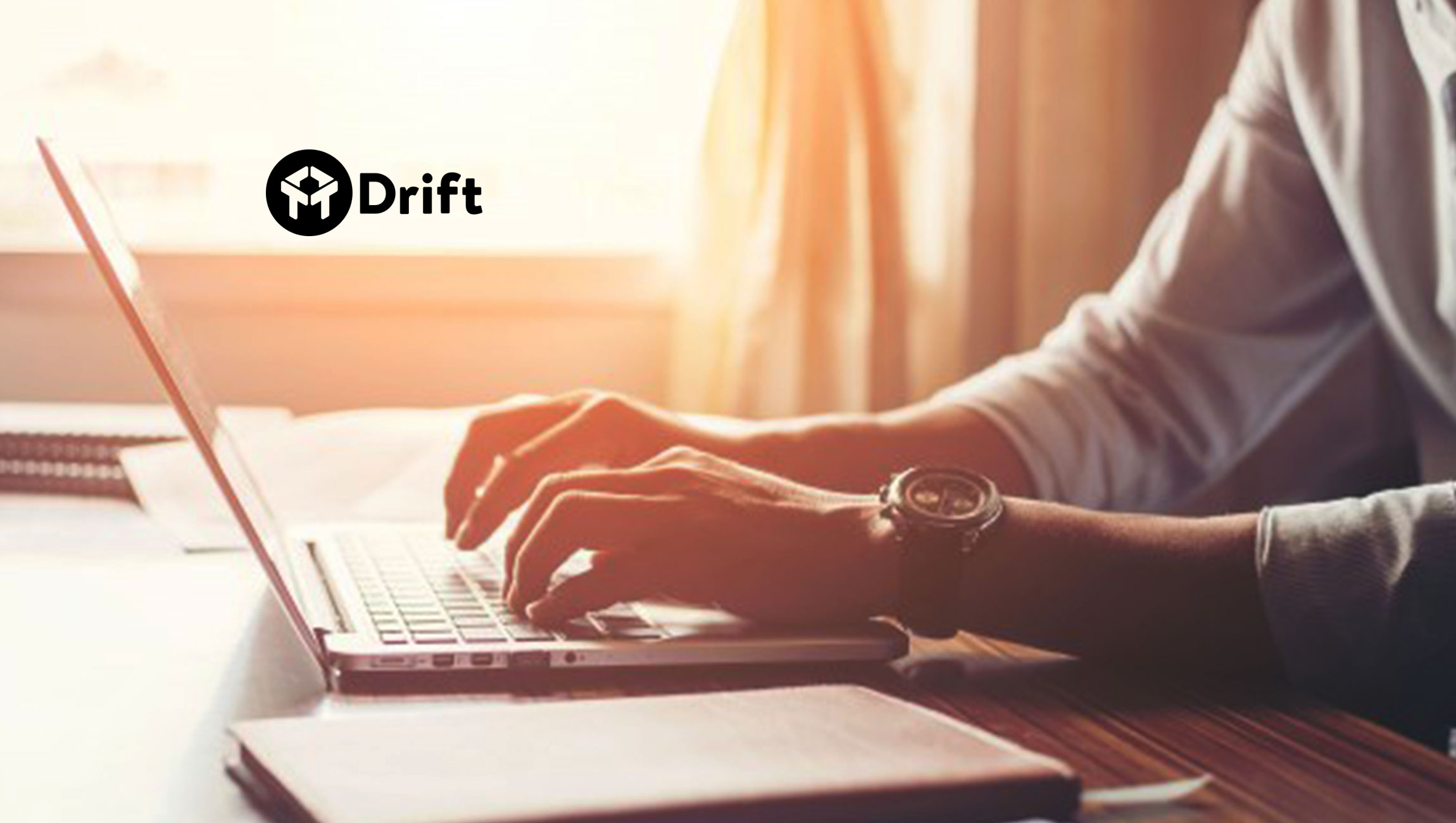 Drift, the leading Revenue Acceleration Platform, today announced that the United States Patent & Trademark Office (“USPTO”) has granted a patent for its Artificial Intelligence-based chatbot solution. Patent #10,818,293, titled Selecting a response in a multi-turn interaction between a user and a conversational bot, represents the company’s commitment to industry-disrupting innovation and paves the way for event-based dialogue managers.

While bots from leading tech companies are designed for reactive “intent”-driven use-cases, like virtual assistants and customer support, Drift’s unique solution is based on events, and designed from the ground up for multi-turn sales and marketing dialogues that are simultaneously proactive and reactive. Unlike intents, which constrain a bot to thinking about one context at a time, Drift’s AI keeps multiple events active at once, enabling flexible extended conversations that fluidly move between topics, and empowering customers to introduce new topics at any time.

“Standard chatbots try to force people down the path of what the company wants to know instead of what the customer wants to know,” said Elias Torres, co-founder and Chief Technical Officer of Drift. “But the future of SaaS belongs to the companies that put customers first. Whereas intent-based bots have great difficulty context switching, our unique, event-based technology is flexible to the customer’s agenda and ensures that we give them what they want and need, on their terms — not the company’s.”

Drift launched its Automation solution in September 2019 after the acquisition of Giant Otter Technologies, and counts companies including Zenefits, Smartling and Tenable as customers. Since implementing Drift’s AI, Zenefits has seen a 93% increase in prospect-to-win rate and shortened their buying cycle from over six months to 12 days. In addition, Drift Automation has influenced over $3.6M in pipeline for the company, and provided a 44% increase in correct response rate.

“Real human conversations are messy,” said Jeff Orkin, Ph.D, Head of the Drift AI Lab. “By using events, instead of intents, we are able to answer a question that may be a non-sequitur, and then return to a topic of conversation previously in progress. We can juggle conversational threads the way top performing salespeople do. This is the best solution for our customers — and we believe, the way of the future.”

Frost & Sullivan Recognizes Teleperformance As The Growth And Innovation Leader…

Automation Will Shape Cyber Security For Better And Worse In 2021

Black Friday: Tech And Trainers Revealed As The Most…